Here Are 4 NFL Teams That Missed The Playoffs Last Year, But Will Make Them In 2017 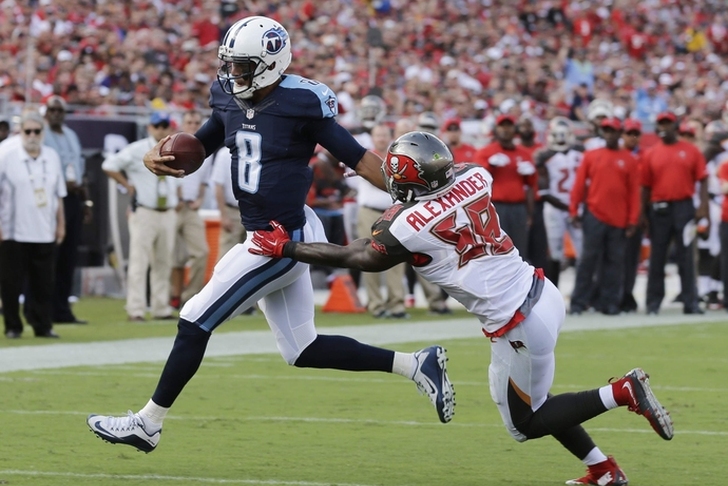 For 11 straight years, at least four NFL teams have missed the playoffs only to make them the very next year. Last year it was actually five, with the Cowboys, Raiders, Lions, Falcons and Dolphins who went from missing out to playing in the postseason. So which four teams are the most likely to return to the playoffs in 2017?

There are more than just four contenders, but we're targeting the top four to stick with the historical precedence. Injuries and other potential moves could alter the chances, but these are the most likely teams for the time being. Two teams from the AFC and NFC were selected, with teams like the Baltimore Ravens and several NFC South teams just missing out. With that in mind, here are 4 NFL Teams That Missed The Playoffs Last Year, But Will Make Them In 2017:

Denver Broncos
Even with major questions at QB and a new coaching staff, the Broncos are an obvious choice to make it back to the playoffs. They missed out last year, but still posted a 9-7 record. The Broncos ended the year 2-4, ruining their playoff chances. If Trevor Siemian or Paxton Lynch can improve their play, the Broncos clearly have the defense and the rest of the pieces to make it back to the playoffs. The Raiders will be a Super Bowl threat, but perhaps Denver can catch Kansas City or at least be the third AFC West team to make the playoffs. Don't rule out the Los Angeles Chargers, if they can actually stay healthy.

Tampa Bay Buccaneers
The Bucs have shown steady improvement the past few years, going from two wins to six and now to nine. The Bucs remind me of the Raiders from last year, a promising young team that added several notable players in the offseason and are primed to take a leap forward. But, moving from nine wins to 10 or 11 is harder than the jump from six to nine, especially in the tough NFC South. QB Jameis Winston has more weapons now and it's time for him to improve on his 28 TDs and 15 INTs from last year. The Saints and Panthers are also prime threats to make it back to the playoffs.

Tennessee Titans
The Houston Texans actually allowed more points than they scored last year, meaning they're a team in position to regress. Their QB options are either rookie Deshaun Watson (who I don't trust) or Tom Savage and his zero-TD passes. The door is wide-open for the Titans to make it to the playoffs for the first time since 2008. Marcus Mariota is the best red zone QB in the NFL and now has actual weapons at WR to help him out. A promising young team, the Titans are like the Bucs in that they aren't ready to compete for a Super Bowl. However, a playoff berth isn't just an option this year, it's expected.