Here Are 3 Teams That Could Sign QB Ryan Fitzpatrick 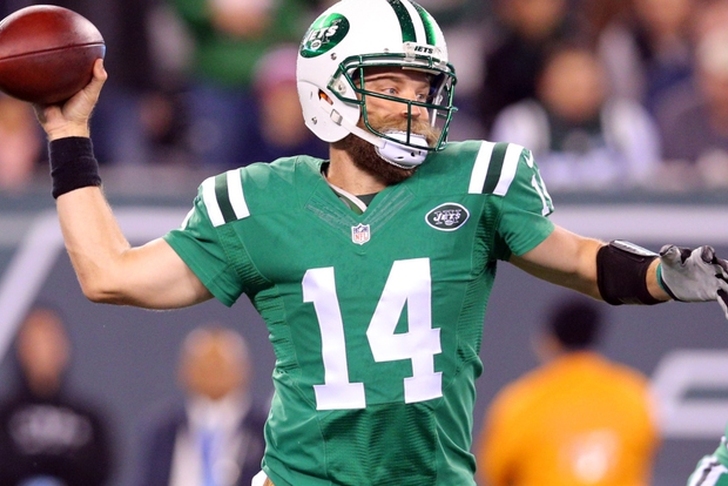 NFL free agency is officially here, with many of the top players getting lucrative contracts. However, not every talented player has signed. One of those players is QB Ryan Fitzpatrick.

Fitzpatrick is the definition of a journeyman QB. In his 11-year NFL career, Fitzpatrick has played for six different teams. The quarterback is set to hit free agency once again this offseason, and he's coming off a career season with the New York Jets. In a down year for free agent QBs, Fitzpatrick is one of the top options. Fitzpatrick isn't a long-term option at age 33, but he could be a solid veteran starter for several teams. Fitzpatrick might have overplayed his hand early in free agency, but he'll land with a team at some point this offseason. With that in mind, here are three teams that could sign Fitzpatrick.

Los Angeles Rams
Fitzpatrick actually started his career with the Rams, as he was a seventh round pick by the team in 2005. Fitzpatrick struggled in his three starts his rookie season, which shouldn't be a major surprise. He was traded after two seasons, but perhaps it's time for a reunion. It's clear Nick Foles is not the answer, and Case Keenum is a backup at best. The Rams could sign Fitzpatrick and even draft a QB to develop in the draft. Picking in the middle of the first round, there's no guarantee the Rams will be able to find a franchise QB in the early rounds.

Denver Broncos
The Broncos might view Fitzpatrick as one of their backup plans. Plan A was bringing back Brock Osweiler, but he left for the Houston Texans. The top backup plan appears to be trading for Colin Kaepernick, but that's not a sure thing. Robert Griffin III is also an option, and the team has been linked to Fitzpatrick. Denver is one of two landing spots that seem like realistic outcomes for Fitzpatrick.

New York Jets
This is the most likely landing spot for Fitzpatrick. The Jets want to bring him back, as he's a vastly better option than Geno Smith. The only other QB on the roster is Bryce Petty, who is far from ready. While the two sides appear to be far apart on money, expect the Jets to bring back Fitzpatrick this offseason, unless Denver becomes truly desperate. To be alerted when Fitzpatrick signs, download the Chat Sports Android and iPhone app.