Here Are The 3 Teams That Could Sign QB Brian Hoyer 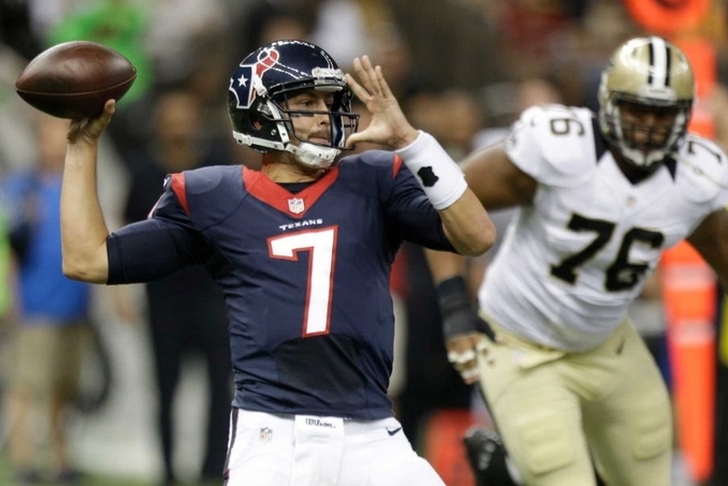 The Houston Texans released quarterback Brian Hoyer today, a move that was expected after the team signed Brock Osweiler in free agency. Though Hoyer was inconsistent as Houston's starter last season, he has plenty of potential destinations due to his experience. Here are the three teams that are the most likely to sign him:

3) Buffalo Bills
Buffalo has expressed interest in picking a quarterback in this year's draft to serve as a backup for starter Tyrod Taylor and eventually take over the starting job, but they may not be in position to draft one of the top prospects at the position. They don't appear content to start the season with E.J. Manuel as their backup, which is where Hoyer comes in. Hoyer would prefer to go somewhere he had a chance to start, but there is a need for him in Buffalo.

2) New York Jets
New York is in quarterback purgatory as last year's starter, Ryan Fitzpatrick, has an asking price they simply don't want to meet. Hoyer is similar to who Fitzpartick was last year when New York signed him - a veteran, journeyman QB with starting experience. Hoyer would be a capable fill in who would come for cheap.

1) Denver Broncos
All that being said, Denver is the most likely landing spot for Hoyer. They don't view Mark Sanchez as their starter, but they're out of position to draft a rookie capable of playing from Week 1 on. Hoyer would get the chance to compete for the starting job on the defending champs in a system that doesn't ask for the quarterback to do too much - a perfect scenario for Hoyer to be successful.