Here Are 3 Teams That Could Sign Bruce Irvin This Offseason 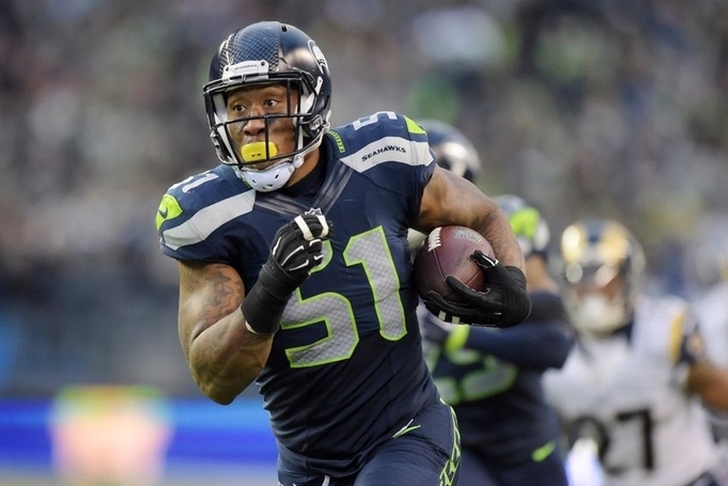 With the NFL season officially over, free agency is now on the minds every NFL team. There are several big-name free agents scheduled to hit the market this offseason and they'll be the top targets for many teams. One of those players will likely be edge rusher Bruce Irvin.

Irvin has spent his entire career with the Seattle Seahawks, but in a poor pass rushing class, he's expected to get a contract that approaches $10 million per year. The Seahawks elected to turn down Irvin's fifth year option, allowing the former first rounder to hit free agency this year. While Irvin might not be worth the large contract he seems primed to get, teams need pass rushers badly. Several teams will be interested in the talented Irvin, who is just 28 years old. With that in mind, here are three possible destinations for Bruce Irvin this offseason.

3. Seattle Seahawks
Irvin recently said he'd be open to taking a discount to stay in Seattle, a promising sign for Seattle. Of course Golden Tate said the same thing before leaving for Detroit. The other major issue for Seattle is that they don't have a ton of cap space and have several players they need to re-sign. Although Seattle wants to keep Irvin, he might end up getting more money elsewhere than what the Seahawks are comfortable playing. For more the Seahawks' offseason outlook, download the Chat Sports Android and iPhone app.

2. Atlanta Falcons
The Falcons have enough cap space for at least one big, splashy signing. That might just end up being Irvin. The team has a player similar to Irvin in former first round pick Vic Beasley, but they still badly need pass rushing help. They have the cap space to sign Irvin and the presence of head coach Dan Quinn, the former Seahawks DC, should only help the Falcons. The Falcons are a real contender for Irvin.

1. San Francisco 49ers
Of all the teams this offseason, the 49ers might have the best chance at signing Irvin. The 49ers have a ton of cap space and can easily afford. Aaron Lynch is developing into a solid pass rusher, but Eli Harold doesn't seem like much more than a backup. Ahmad Brooks is rapidly declining and cutting him would save an extra $6 million. Plus, there's the added bonus of the 49ers hurting the Seahawks by taking away one of their best pass rushers in Irvin. Moving to a 3-4 defense would be perfect for Irvin and allow him to use his pass rushing ability. For more 49ers rumors, download the Chat Sports Android and iPhone app.