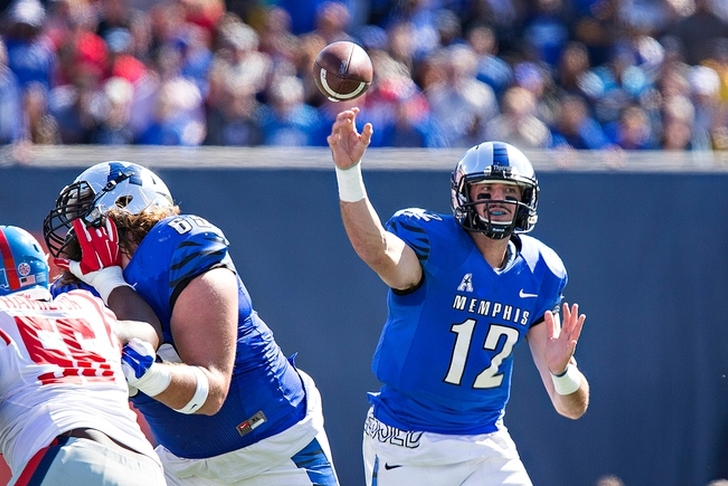 The NFL Draft is just one day away, and there have already been two major trades at the top of the first round, with the Titans trading the No. 1 overall pick to the Rams and the Browns sending the No. 2 overall pick to the Eagles. If draft history is any indication, those won't be the last of the draft trades. Predicting trades is tricky business, but we've given it our best shot.

Below, we have three potential draft day trades that could happen in the first round. Each option has the the teams and picks involved listed.

The Titans would be moving up to take Laremy Tunsil if the Chargers don't take him No. 3 overall. This trade works out almost evenly according to the NFL Trade Value Chart and it's a good deal for both teams. The Titans still have plenty of draft picks thanks to their previous trade down (including two seconds this year and a first next year) and would land the player most expected them to take No. 1. The Jags add more draft picks and will still be able to land a quality defensive player. However, Jacksonville might want to stay at No. 5 to take either Joey Bosa or Myles Jack.

The Redskins are getting less value in this trade, but GM Scot McCloughan loves extra picks. If QB Paxton Lynch is still on the board, the Redskins will be one of several teams listening to trade offers. Washington is very open to moving down this year, and this allows Denver to jump KC and Arizona for Lynch, although they could hold off and make a deal with the Packers as well. The Redskins would still be able to land a safety or defensive lineman by moving down.

If Ezekiel Elliott is still on the board at No. 8, I really think this trade will occur. The Browns want to add as many picks as possible, and can still find a quality player at No. 13. The Dolphins are in love with Elliott, but the Bears (or even Giants) could take him before No. 13 overall. The Dolphins would be moving back up to their original spot in the draft. The third rounder makes the trade almost even in terms of the NFL Trade Value Chart. If Elliott is off the board, this trade won't occur. However, the Browns could still move down with another team like the Titans if an OT falls.