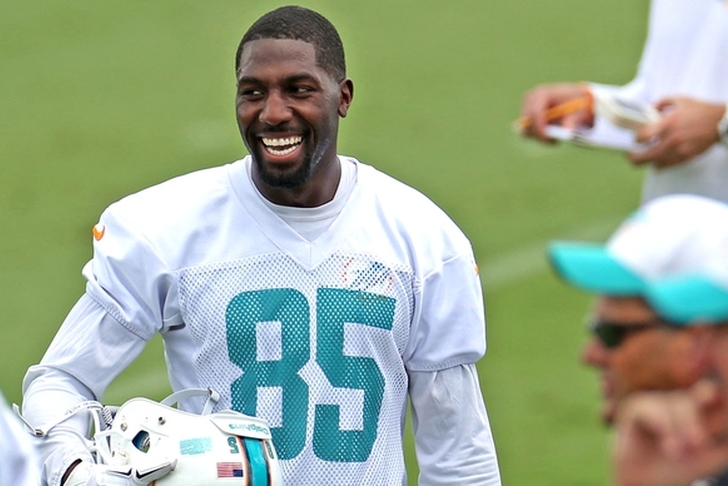 Miami Dolphins wide receiver Greg Jennings was a guest on First Take Wednesday morning, and he discussed a variety of topics on the show. The 32-year old WR spoke about Peyton Manning, his time with the Green Bay Packers and the Miami Dolphins.

Jennings essentially defended Manning and the sexual assault allegations that have resurfaced.

"We have to be able to move past this," Jennings said. "I can say this with confidence, Peyton is not the same person he was in 1996 ... I wouldn't say he's escaped it, he's played the game the right way. He knows how to life his life. He hasn't put himself in situations like this and when he did, they got brushed to the side. In my opinion, that's from a good support staff."

Jennings essentially blamed the media for bringing this back up and spinning things. He also spoke about his time with the Packers, and his departure from the team.

"I felt like the Packers weren't loyal to me and I was bitter about that," Jennings said.

After taking Jennings in the second round in the 2006 NFL Draft, the Packers allowed Jennings to leave. He signed a big contract with the Minnesota Vikings. He was eventually traded to the Miami Dolphins.

Jennings confirmed that QB Ryan Tannehill yelled at practice squad players for making plays during practice. However, Jennings said the incident took place on a Friday practice, which is borderline walkthrough and is designed to help make sure players don't get injured.

Jennings was also asked if he would be back in Miami next year.

However, the Dolphins can save $4 million by cutting Jennings, who would be the No. 4 WR at best on the team next season. It's likely that the Dolphins will end up dumping Jennings to help save money.