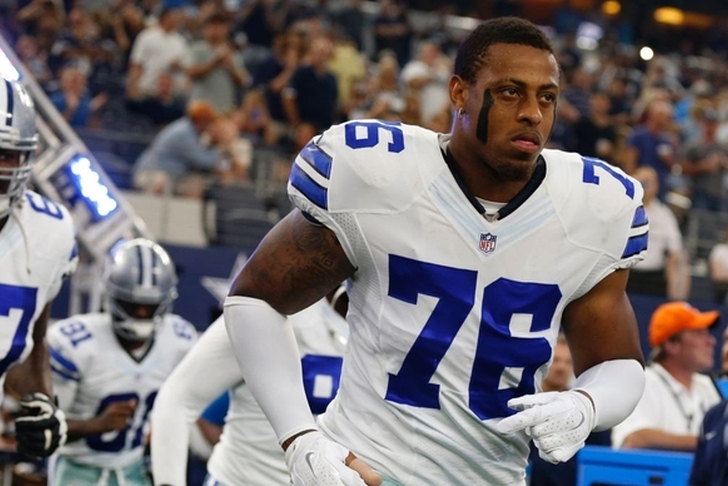 Former NFL defensive end Greg Hardy was arrested on Sunday night on a drug possession charge, according to Claire Z. Cardona of the Dallas Morning News:

Hardy was stopped shortly before midnight on a traffic violation, but was arrested and charged with possession of a controlled substance penalty group 1, Sgt. Kevin Perlich said.

Hardy has been out of the league since the end of last season, when his one-year deal with the Dallas Cowboys expired. No team showed any interest in signing him as a free agent this offseason.

Hardy was previously arrested in March 2014 on charges of domestic abuse against his then-girlfriend. The incident reportedly included him throwing her into a bathtub, then onto a couch covered in guns and attempting to choke her.

He was originally found guilty of the charges, then the case was dismissed when he appeared for a new trial.

Hardy played in one game following the dismissal at the start of the 2014 season, then he was moved to the exempt/commissioner's permission list for the remainder of the season. The Carolina Panthers released him after that, and he signed a one-year deal with the Cowboys for the 2015 season.

The six-year veteran had 35 tackles with six sacks and one forced fumble last season.