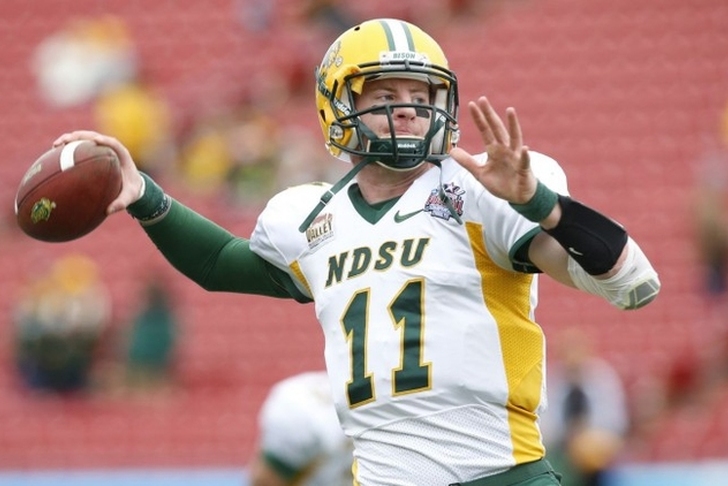 In a stunning move, the Los Angeles Rams landed the No. 1 overall pick from the Tennessee Titans. Now that the details of the trade are know, it's time to grade the Rams-Titans trade. The Titans wanted a king's ransom in any deal, and they got it from the Rams, who moved up to land a franchise QB. Below, we have the exact details of the trade and a grade for both the Rams and Titans.

Titans Grade: A+
I'm a big fan of moving down and getting more picks, and that's exactly what Tennessee did. The Titans got the better end of this deal, as they get more value according to the NFL Trade value chart, by roughly a second round pick. The Titans now have an impressive six picks in the top 76 selections. That's exactly what the Titans needed, as they have needs everywhere and were not one player away. Now, the Titans can add cheap, talented players to continue their rebuild. The Titans didn't need a QB and wisely found a way to add more picks in a deep draft class. This was a great move by Tennessee.

Rams Grade: C
The Rams decided they were a quarterback away, and made the massive move to go get one. They'll likely take Carson Wentz, the North Dakota State QB. And while Wentz has the potential to be a franchise QB, the Rams gave up a ton for him. They sacrificed most of their draft this year, and much of their draft next year. The Rams gave up more value than they received, but it's all in the name of finding a true franchise. There's plenty of risk with this pick, especially Wentz never even faced an FBS team while playing in the FCS. Ultimately, this grade will be determined by how good Wentz is. If he's a franchise QB, this deal is worth it. If he's not, then this trade will go down as a disaster. I'm giving it a C for now, but it'll will likely end up on one end of the spectrum.