Grades For The Rams And Lions In The Greg Robinson Trade 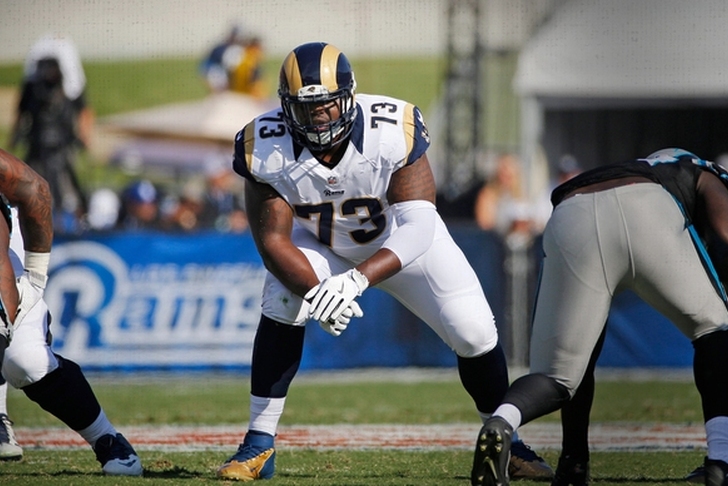 The Los Angeles Rams and Detroit Lions completed a trade involving OT Greg Robinson Thursday, providing the quiet NFL offseason with a much-needed bit of buzz. The Lions netted the 2014 No. 2 overall pick, who was a bust for the Rams, in exchange for a late round pick. Below, we have the exact details of the trade and a grade for the Rams and Lions.

Rams Get: 2018 6th Round Pick
Lions Get: OT Greg Robinson

Rams Grade: A-
Robinson was a bust for the Rams, plain and simple. The No. 2 overall pick in the 2014 NFL Draft, Robinson was supposed to be the next great Rams tackle, locking down the left side. Unfortunately, he was nothing close to that and was never a quality starter. In fact, he was one of the biggest problems on a bad Rams' offensive line and was constantly flagged. He had a chance to restart things with the new coaching staff, but had already fallen out of favor. Robinson wasn't getting work with the first or second string units, a troubling sign after the team moved him to the right side. With a fully guaranteed $3.3 million salary, the Rams did good to get a sixth round pick back. The pick of Robinson is still an 'F,' but the Rams get an 'A-' for getting something of value back and freeing themselves from his salary.

Lions Grade: B-
As mentioned above, Robinson has not been a good player in the NFL. But maybe a scheme and scenery change can help Robinson find the promise that had NFL teams in love with him. Robinson is best as a run blocker, something the Lions could use up front. The problem is, the Lions might be adding Robinson in an attempt to find a replacement for the injured Taylor Decker. Robinson has proven he can't handle that role, but it's not like the Lions have great options. Cyrus Kouandjio couldn't cut it with the Bills and he's still battling his own injury. Other options like Joe Dahl (no experience) and Cornelius Lucas (not very good), don't inspire confidence. The Lions are taking a chance by adding Robinson. A sixth round pick isn't much to give up, so I don't have any real issue with it. I don't expect Robinson to have a production year, but as long as he makes the roster and doesn't get Matt Stafford killed, it was worth it. Either way, it's a chance worth taking.