Grades For The Eagles And Ravens In Their Timmy Jernigan Trade 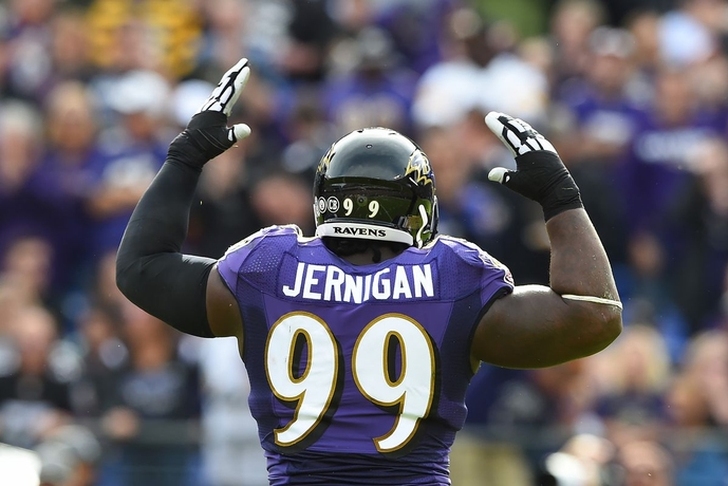 The Philadelphia Eagles and Baltimore Ravens agreed to a trade involving DT Timmy Jernigan Tuesday, disrupting the Tony Romo retirement party. The Eagles netted the former second round pick, who had started to fall out of favor in Baltimore and is due for a new contract after this season. Below, we have the exact details of the trade and a grade for the Eagles and Ravens.

Ravens Grade: B-
There are two ways to view this trade: The Ravens gave up Timmy Jernigan to move up a few spots in the 3rd round or that the difference between No. 74 overall and No. 99 overall is equivalent to the No. 96 overall pick. So, let's view this as trading Jernigan for a late third rounder. Ultimately the real reason the Ravens made this trade is that they likely weren't going to re-sign Jernigan next offseason. For starters, they just gave a ton of money to Brandon Williams. But Jernigan slowed down late in the year, losing snaps to Michael Pierce and not being happy with it. They got more from the Eagles than they would have in compensatory picks, but it's still a loss of talent and the Ravens are thinner up front now. With four Top 75 picks, the Ravens are in position to fill some key needs with impact players.

Eagles Grade: A
The Eagles lost DT Bennie Logan this offseason and are replacing him with a cheaper, younger and more disruptive player. Jernigan, who is only 25, should fit well next to Fletcher Cox. Now Jernigan will be a free agent next year and there's the chance the Eagles aren't able to bring him back. That would hurt the grade in hindsight, but the Eagles did well to pick up a starter while getting a lesser pick back. The Eagles new regime has been aggressive and the Jernigan trade could be the next example of a successful move. If he can reach his potential (he's still not there), the Eagles could look like robbers in this deal.