Grades For The 2016 NFL Coaching Hires 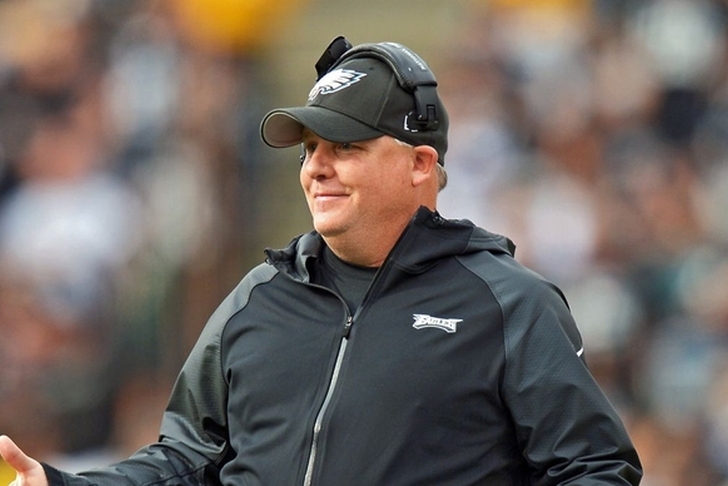 The NFL coaching carousel is over, barring a truly shocking firing in the coming days. All seven openings have been filed, and that means it's time to grade the NFL coaching hires. An 'A' grade means the team hit a home run with the hire, a 'B' means it's solid, a 'C' is average, a 'D' is uninspiring and a 'F' means you hired someone of my coaching level. A coach with a bad grade might turn out to be a wonderful hire and a coach with a good grade may be a disaster.

With that in mind, here are the Grades For The 2016 NFL Coaching Hires:

I'm a big fan of this hire. Nearly every team wanted Gase, who has already established himself as one of the brightest offensive minds in the game. He's exactly what Miami needed after the disaster that was Joe Philbin. If anyone can help Ryan Tannehill max out his abilities, it's going to be Gase. He could have the Dolphins in the playoffs very soon.

The Browns missed out on the top candidates in most of their recent searches, but that wasn't the case this season. Jackson was a popular candidate and the Browns beat out the 49ers and Giants for his services. Another sharp offensive mind, Jackson has experience as a head coach. He led the Oakland Raiders to a 8-8 mark in 2011. Jackson should be the coach to last more than two years in Cleveland. This is the first of three straight "meh" hires. McAdoo is well-regarded in the NFL as an offensive mind, but the Giants' offense wasn't that great under him the last two years. The players wanted McAdoo, but they also didn't want Tom Coughlin fired in the first place. Firing Coughlin just to promote the offensive coordinator doesn't feel like much of an upgrade.

This wasn't surprising, but it's not exactly a great move either. Koetter has done a solid job in most of his stops as a coordinator and he's had some success as a college football head coach. However, firing Lovie Smith to promote Koetter didn't really feel needed. It's not much of an upgrade, although Koetter was drawing interest from other teams.

Pederson wasn't the Eagles first choice, as they missed out on Gase, Coughlin and McAdoo. They only interviewed six coaches; the four already mentioned plus Pat Shurmur and Duce Staley. Pederson has done a solid job in Kansas City, but this move clearly shows the Eagles are trying to return to the way things were under Andy Reid. It's not a terrible hire, but it's not an inspiring choice either.

I almost gave this hire a "F." It's that bad. The Titans didn't take this coaching search seriously at all. They let every other team set up interviews and it was clear from the start they were just going to remove the interim tag from Mularkey. This is Mularkey's third go as a head coach, and he has a career 18-39 record. The Titans were an attractive job, thanks in large part to Marcus Mariota. They could have tried to land a bigger name or a promising young coordinator. Instead, they hired a failed re-tread.