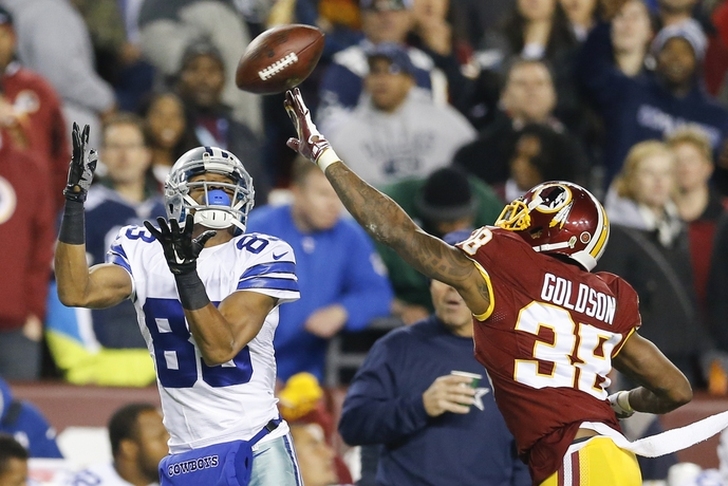 The Los Angeles Rams are still looking for safety help, and that's led them to meet with former Washington Redskins safety Dashon Goldson.

FA safety Dashon Goldson, previously of #Redskins, is visiting the LA #Rams today, source said. They brought in Donte Whitner in April, too

The Redskins cut Goldson in March, saving $8 million in cap space. The 31-year old safety had 100 tackles last year, but struggled in coverage. He played just one year for Washington.

Goldson was a fourth round pick by the San Francisco 49ers in the 2007 NFL Draft out of Washington. He played well in San Francisco, and the hard-hitting safety was an All-Pro in 2012. He turned that season into a five-year $41.25 million deal with the Tampa Bay Buccaneers in 2013. But Goldson didn't play as well in Tampa Bay. He was dealt to the Redskins before the 2015 season.

The Rams have only T.J. McDonald penciled in as a starter at safety. The Rams looked into adding Donte Whitner, but didn't add him earlier this offseason. The same might end up being true with Goldson.