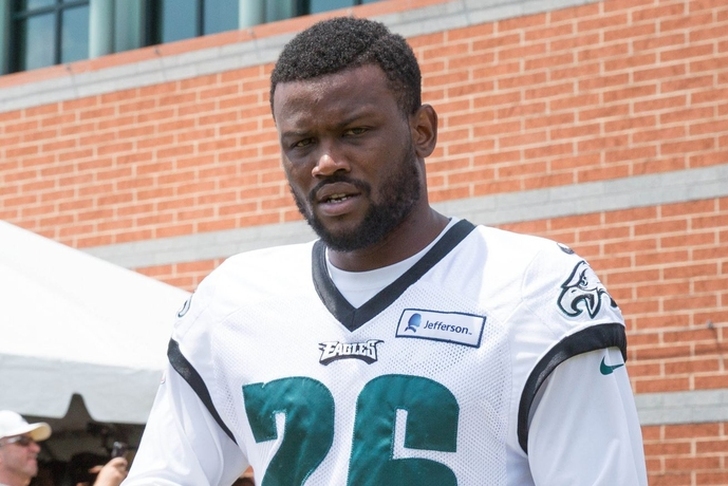 In a Philadelphia softball league this year, there was a player named Dick Mahoney. This "Mahoney" sported a jheri curl hairstyle, a Los Angeles Dodgers shirt and hat and was crazy good. Mahoney was a classic ringer, but as it turns out, Mahoney was really NFL defensive back Walter Thurmond, a former fourth round pick out of Oregon who played for the Seattle Seahawks, New York Giants and Philadelphia Eagles.

Here's the photo evidence, featuring Thurmond wearing the jheri curl wig. He's in the back left.

According to a CSN Philly reader, Thurmond/Mahoney was channeling his inner Mike Vick/Ron Mexico and playing in a local softball league. The outlandish story seems true, as Thurmond's girlfriend has an Instagram photo of Thurmond as Mahoney and Thurmond himself retweeted a version of the story.

Mahoney, er, Thurmond was a softball star. He hit multiple home runs in his first game, although one was over turned because he ran past another runner. His team played him at center, because he had absurd speed. Of course, none of this is a surprise now given how talented Thurmond was on the gridiron. He was one of the top safeties in the NFL last year. A photo of Mahoney at the plate is below.

The softball team had no idea Thurmond was Mahoney, who tried to keep his identity a secret. He never gave a team email, and his friend Greg, who signed Thurmond up, wouldn't spill the beans on what Mahoney did. That apparently lead to speculation Mahoney, who was spotted with his Porsche Cayenne at a few games, was a drug dealer or something.

Instead, Mahoney was an NFL player. But Thurmond's career in the Philadelphia softball league is over, just like his NFL career. Thurmond is heading to Los Angeles to pursue a career in the film industry. And that's where the alias Dick Mahoney comes from - it's a combination of Dick Tracy (a 1990 film based on a comic strip) and Breathless Mahoney (a character from the strip).

It seems that the legend of Dick Mahoney will be a short one. Unless Thurmond plays the role again in Los Angeles.