Eric Reid: 5 NFL Teams That Could Sign Him This Offseason 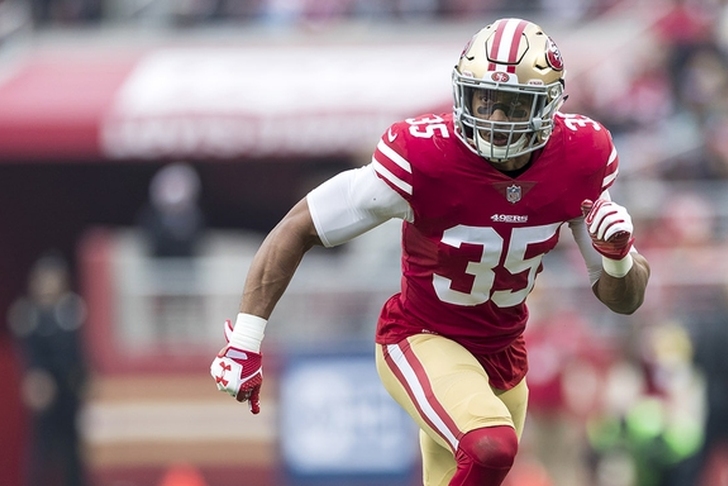 The NFL rumors surrounding where safety Eric Reid will play in 2018 are starting to pick up. The demand for Reid seems relatively low, but that's not because of his play on the field. Reid is 26 years old and coming off a season where he played 13 games for the San Francisco 49ers. There are still a ton of safeties available on the free agent market, but Reid remains as one of the best. Here are five teams that could sign Reid this offseason:

5.) Pittsburgh Steelers
Pittsburgh cut starting safety Mike Mitchell and the Steelers will need to pair a safety to play along with Sean Davis. The Steelers' linebackers struggled last season with tackling, which is a major reason why Pittsburgh was amongst the leaders in missed tackles (Ryan Shazier's injury didn't help, either). With the linebacker core being weak due to injuries, finding a safety who can also tackle will be important.

4.) Cleveland Browns
Cleveland's defense played much better than expected this 2017, but they lack talent in the secondary. Since veteran cornerback Joe Haden was released, the Browns have been lacking depth at corner, which will put extra emphasis on the safeties. If the Browns can improve their secondary and allow last year's first overall pick Myles Garret to get after the quarterback, the Browns might actually win a game.

3.) Buffalo Bills
Simply put, the Bills need to improve their secondary - only Tre'Davious White is under contract next season and starter E.J. Gaines was signed away by the Browns in free agency. Now that Gaines is gone, Buffalo's needs for a reliable secondary player increase.

2.) Carolina Panthers
The secondary has been the biggest weakness of Carolina's defense each of the last two years, and while James Bradberry continues to look like a solid corner (despite taking a step back this year), they need upgrades pretty much everywhere else. Remember, this defense was at their best when they had Josh Norman and a secondary they could leave in one-on-one coverages.

1.) Denver Broncos
The Broncos have two undrafted players starting at safety, which isn't ideal for any defense, especially the "no-fly zone." Even after trading for Su'a Cravens, Reid would bring toughness back to a Denver defense that desperately lacked it last season.