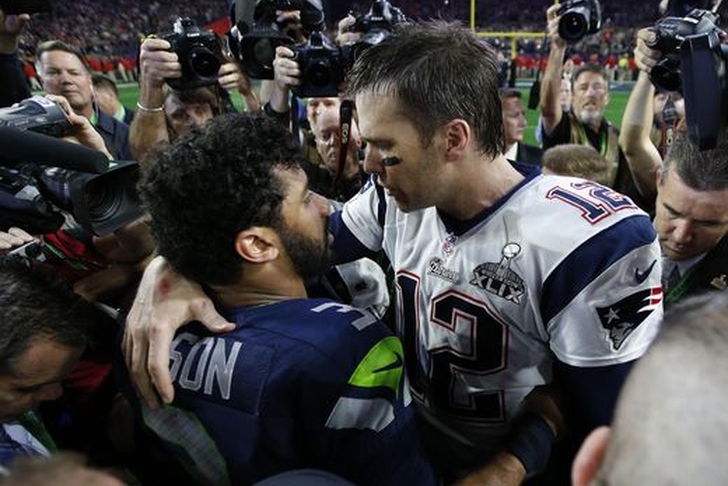 The odds are here, and they’re calling for a rematch of Super Bowl 49 between the Seattle Seahawks and New England Patriots. These two teams looked like they might have been headed back to the show last season, but a hot Carolina Panthers team put an end to Seattle’s run, while the Pats were barely bounced by Denver.

It took the Seahawks a while to get going last year as they jumped out of the gates 4-5 through the first ten weeks of the season. With rookie Thomas Rawls taking over the reins from the injured Marshawn Lynch though, things 180’d in a hurry. The Hawks finished the year on 5-0 run to take the NFC’s final wild card spot. Meanwhile, the Patriots were plagued by injury and limped into the postseason. According to the experts, this won’t be the case in 2016. NFL betting site TopBet has updated Futures indicating that the Patriots and the Seahawks remain front runners to head to Houston for Super Bowl LI.

The Seahawks lost a little talent, but gained quite a bit of cap space in the process. They shed the fat, if you will. Offensive lineman Russell Okung left for Denver, while defensive tackle Brandon Mebane took off for San Diego. The Hawks also watched linebacker Bruce Irvin head to Oakland this past offseason. So they definitely lost some grit on the back end.

In return, they brought back a pair of familiar faces, in former Seattle residents Chris Clemons and Brandon Browner. Meanwhile, on offense, the return of Jimmy Graham from last season’s injury will be huge. Not to mention the resurgence of sophomore running back Thomas Rawls. The Hawks will be scary this season, no question.

Over in New England, there’s a similar story at Foxboro. The Pats lost a few key names, but will have some marquee guys back from injury. The biggest name undoubtedly is Dion Lewis. He was working on a breakout campaign in 2015, before injury set in. The young running back fit in only nine games, but still stacked up 622 all-purpose yards and four touchdowns.

Meanwhile, on defense, long time lineman Vince Wilfork and Chandler Jones will have new homes this season. Wilfork signed in Houston, while Jones was surprisingly dealt to Arizona. In return, the Pats added Terrance Knighton to their defensive line and Shea McClellin to their linebacker unit.

The biggest question for New England, once again, is will Tom Brady be suspended to start the year? At the moment, the answer is yes. We’ve been down this road before though.

According to Tom, his balls are “perfect”. They’ll need to be too, if he has to start the first four weeks in the press box. None the less, the picks are in, and the experts like a Russell vs. Tom rematch.