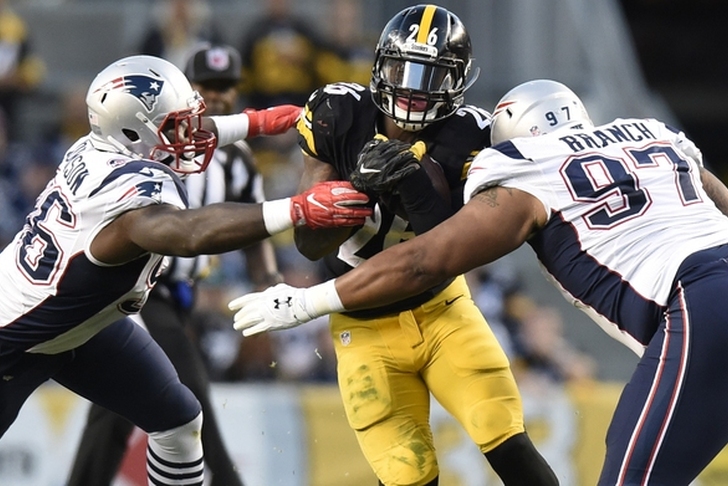 The first seven weeks of the 2016 NFL season are now complete (plus the week 8 Thursday Night game) and the true playoff contenders are beginning to emerge. It's still too early to declare any team the Super Bowl favorite, but the pretenders are relatively clear. With six weeks complete, we have a better idea of which teams will be in the postseason mix.

This list should change a bit each week, especially early in the year. While it's not quite the same as power rankings, it should look somewhat similar. This accounts for team's schedules as well as their divisions, so it's not based solely on record. So, here are my projections for the NFL Playoffs after seven weeks.

2. Denver Broncos (5-2)
The Broncos are once again going to lead on the strength of their defense. But after starting the year 4-0, the Broncos have come back down to earth with losses to the Falcons and Chargers. Denver isn't perfect, but they look like the top team in a very good AFC West (for now). The Raiders (more on them below) will push for this spot.

3. Pittsburgh Steelers (4-3)
The Steelers would be the No. 2 team, but I'm very worried about how they'll play without QB Ben Roethlisberger. Landry Jones will play in lieu of Big Ben, who could miss 4-6 weeks after tearing his meniscus. Jones has not played well and that could be a major problem for the Steelers. That was the case against the Patriots, although he wasn't a total train wreck. There's a chance the Steelers look a little bit like the Cowboys did last year when Tony Romo was injured and Brandon Weeden and Matt Cassel got the call. If the Steelers can survive without Roethlisberger, they could get the No. 2 seed.

4. Houston Texans (4-3)
Houston is still atop the division in the AFC South thanks to a comeback win over the Colts. The defense is good, although the offense still has some work to do. Brock Osweiler has to keep getting better, or the Texans won't make any noise in the playoffs. The AFC South is still a mess, with all four teams posting a negative point differential. I still think it comes down to the Texans and the Colts and that win over Colts earlier this year is critical.

5. Oakland Raiders (5-2)
It hasn't always been pretty, but the Raiders are in great position to make the postseason. The defense needs to get better, but a win over the Ravens could have a major impact on their chances. This team is not perfect, but the Raiders certainly have the offense to make noise. The schedule gets harder later in the year though.

6. Kansas City Chiefs (4-2)
It's tough to get a read on the Chiefs, since they've been inconsistent this year. A win over the Raiders was key and they enter a portion of their schedule where they play no one with a winning record until Week 12. They have a tough end of the year slate, but wins from here to Week 12 would give them a big cushion. It's a tough AFC Wild Card race, with the Bills, Ravens, Bengals and even the Chargers in the mix. The Bills are in the best position outside of the Chiefs, but I'll give Kansas City the nod for now.

1. Minnesota Vikings (5-1)
This Vikings defense is absurdly good. The offense isn't great but defense wins championships. And the Vikings have a championship defense. The quality of wins doesn't look as great with the Panthers and Packers struggling and the Vikings still have lots of room to grow on offense. The offensive line must get better and quickly. I still really like this team and have them at the top of the NFC, but that could change depending on what happens this week.

2. Seattle Seahawks (4-1-1)
The Seattle offense is getting there, although that abomination of a game against the Cardinals didn't inspire confidence. The offensive line is still a concern, but the defense is great. Plus, there's Russell Wilson. The Seahawks' win over the Falcons could end up being a big one for seeding. Had they not tied, they would have taken the No. 1 seed away from the Vikings. Remember, it's a very close race for the top of the NFC.

3. Dallas Cowboys (5-1)
How long can Dallas and Dak Prescott keep this up? The fourth round rookie has looked wonderful, although the best ground game in the NFL led by Ezekiel Elliott and a great offensive line is a major reason for that. But even the defense has exceeded expectations so far this year. Dallas is the favorite in the NFC East, although the looming question of Dak or Tony could cause issues. If the Cowboys beat the Eagles, they could take the top spot in the NFC next week.

4. Atlanta Falcons (4-3)
With the Panthers struggling, the Falcons are suddenly the top team in the NFC South. Matt Ryan is playing like an MVP and the defense has been good enough. However, the Falcons are starting struggling, much like we saw last year. The bright side is I don't trust the Saints or Bucs, and the Panthers are still 1-5. They're listed as the No. 4 seed, but in a top-heavy NFC, there isn't much difference between No. 1 and No. 4.

5. Green Bay Packers (4-2)
The Packers seemed to get their offensive problems figured out in the second half against the Bears. Can they sustain it and can Aaron Rodgers carry an offense with a limited ground game? A 4-2 mark isn't ideal, but with few other proven threats in the NFC, the Packers are still in position for a Wild Card spot.

6. Arizona Cardinals (3-3-1)
The Cardinals might end up really regretting that terrible game against Seattle. They outplayed the Seahawks, but had to settle for a tie. Still, Arizona is .500 and in the mix for a playoff spot. The Cardinals need David Johnson to run through everyone and for Carson Palmer to not turn it over. The Eagles are very much in the mix, as are the Giants and even the Lions and Bucs for this final spot. Still, I expect the Cardinals and Packers to snag the two wild card spots.