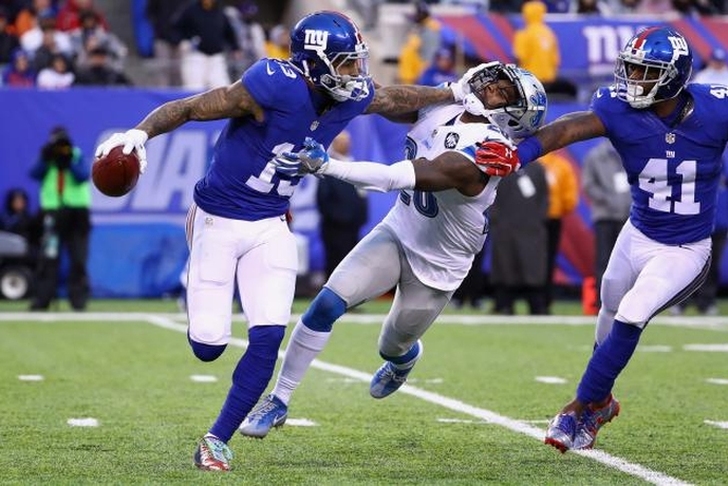 With just two weeks left of the NFL regular season, the playoff race is starting to tighten. There are 11 teams either still alive or that have clinched a spot, but that number will drop after this week's action. Four teams, the Cowboys, Patriots, Seahawks and Raiders, have clinched a berth already.

1. xyz-New England Patriots (12-2)
The Patriots have clinched everything but home field advantage throughout the playoffs. I think they'll get that as well (even though it might not come this week), especially with just the Jets and the potentially Ryan Tannehill-less Dolphins left on the schedule. They're the safest pick of any team to make it to the Super Bowl.

2. x-Oakland Raiders (11-3)
The Raiders really benefited from the Chiefs' losing to the Titans (something I didn't think would happen). The Raiders still could lose to either the Colts or Broncos, but the Chiefs don't have an easier schedule with the Chargers and Broncos left. Kansas City does own the tie breaker, but Oakland is in the better position. For now. They've clinched a playoff berth.

4. Houston Texans (8-6)
It's not pretty, but the Texans are still the favorite in the AFC South, thanks to a 5-0 divisional record so far. We'll see how Tom Savage plays in place of the awful Brock Osweiler, as QB play will define how far the Texans go in the playoffs. The Texans can clinch the AFC South with a win and a Titans loss. The more likely outcome though, since the Titans play the Jags, is that the AFC South is decided with the Texans and Titans playing each other in Week 17. The Colts aren't technically eliminated, but their chances aren't good.

5. Kansas City Chiefs (10-4)
The Chiefs really have the Raiders' number, but that surprise loss to the Titans might forced them to settle for a Wild Card. They've still got a chance to get the AFC West title and a first round bye, but they've put themselves behind the eight-ball. They can clinch a playoff spot with a win Sunday against the Broncos.

6. Miami Dolphins (9-5)
The Dolphins pounded the Jets with Matt Moore and set themselves up in great position. They can actually clinch a playoff berth this week, if they beat the Bills and the Broncos lose to the Chiefs. That's a realistic outcome. If the Dolphins can beat the Bills, they'll get to 10 wins and I think that's enough to get them in, since the Ravens must still play the Steelers and the Broncos have both the Chiefs and Raiders left.

2. y-Seattle Seahawks (9-4-1)
Seattle already has the NFC West locked up, and are fighting for a bye. They can clinch it this weekend, but they need to win and have both the Lions lose to the Cowboys and have the Falcons lose to the Panthers. That's possible, but it's a lot. The good news is Seattle controls their destiny for a bye and get the Cardinals at home and the terrible 49ers on the road. They'll get a bye.

3. Atlanta Falcons (9-5)
The Falcons remain the top team in the NFC South, although the Bucs are making a strong push for that title. Atlanta can clinch the NFC South with a win over the Panthers (road game) and a Bucs loss to the Saints (road game). There's a solid chance the Falcons win out and finish 11-5. If the Falcons win and either the Packers or Lions lose, they'll clinch a playoff spot.

4. Detroit Lions (9-5)
Detroit is playing great right now, but their tough end of season schedule is here. They lost to the Giants last week and now get the Cowboys on the road and the Packers at home to end the season. I think the Packers-Lions game will end up deciding the NFC North, as the Packers will beat Minnesota this week and the Lions will fall to the Packers. I think Detroit still wins the North though, and they can actually do that if they win and the Packers lose this week.

5. New York Giants (10-4)
The Giants, much like Kansas City with Oakland, just have the Cowboys number. Dallas doesn't want to face them in the postseason. The Giants aren't out of the NFC East race yet, but I don't see them winning. Another win clinches a playoff berth as does losses by either the Lions, Packers, Bucs or Falcons. The Giants will almost assuredly clinch this weekend.

6. Green Bay Packers (8-6)
The No. 6 seed in the NFC continues to give me trouble. There are now just three teams seriously in the mix for this spot (that aren't currently leading their division): the Packers, Redskins and Buccaneers. We can essentially cross of the Vikings, Saints and Panthers even though they aren't technically eliminated. I wouldn't be surprised if any of those first three teams got in. I've got the Packers and here's what I think ends up happening: every team involved drops at least one game. That eliminates the Redskins (who really messed up by losing to the Panthers) and leaves both the Packers and Redskins at 8-6. The tiebreaker ends up being strength-of-victory or strength-of-schedule. Both are insanely narrow right now, but the Packers have a close edge. Long-story short, this won't be decided until the Lions play the Packers in what should be Sunday Night flex game.