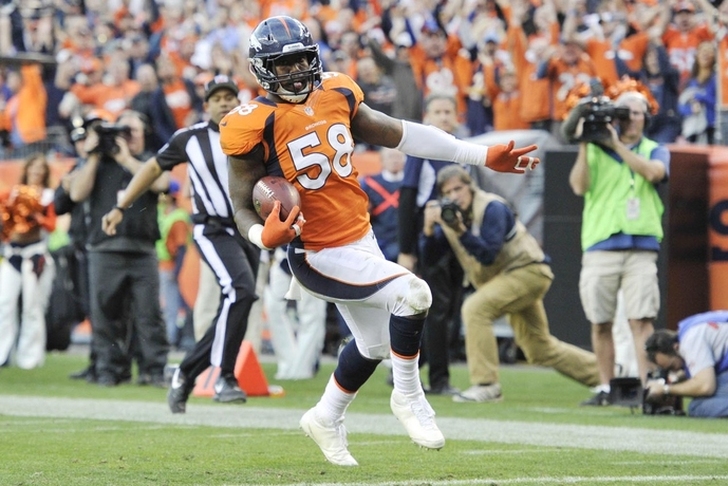 The NFL season is officially over, with the Denver Broncos beating the Carolina Panthers 24-10 in Super Bowl 50. While the Broncos will likely spend a few days celebrating and enjoying the win, the rest of the NFL has turned their attention to the offseason.

The goal for each team is the same; getting to the playoffs and winning Super Bowl 51. There's a full season that needs to be played, but we do have a decent idea of which teams are real playoff threats. Much could, and likely will, change between now and the NFL Playoffs. Several talented teams are playoff threats that just missed out and could very well make the playoffs. Plus, there's always a surprise or two that can't be predicted. With that in mind, here are my projections for next season's NFL Playoffs.

1. New England Patriots
The Patriots ranking No. 1 in the AFC shouldn't be much of a surprise. Tom Brady is still at the top of his game and Bill Belichick is still one of, if not the, best coaches in the NFL. The Patriots came up short of making the Super Bowl this season, but there's a reason they are among the favorites to win it next year.

2. Cincinnati Bengals
The Bengals and Pittsburgh Steelers will once again fight for the NFC North crown. Had Andy Dalton been healthy for the playoff run, the Bengals could have very well made a deep run. The NFC North winner will likely take the No. 2 seed this year, and I think the Bengals are in the best position. They have one of the deepest teams from top-to-bottom.

3. Denver Broncos
The Super Bowl champions should be back in the playoffs next year. However, they face a tougher battle than many realize. Many of their key players are free agents, and they might not be able to bring everyone back. The rest of the AFC West is going to be a threat. But if the defense continues its high level of play, the Broncos will be back in the playoffs.

4. Indianapolis Colts
The Colts missed out on the playoffs this year, but the return of Andrew Luck should help the Colts make it back. Finding a better way to keep Luck upright and improving the defense is a must. The Houston Texans are the only other true threat in the AFC South. For more on the AFC, download the Chat Sports Android and iPhone app.

5. Pittsburgh Steelers
As previously mentioned, the Steelers are going to be a real threat to get a bye in the postseason. There isn't much separating them from the Bengals. Provided Ben Roethlisberger stays healthy, the Steelers should be back in the postseason next year as a wild card team at the very least.

6. Oakland Raiders
This last AFC wild card spot is going to feature a ton of competition. There's the Kansas City Chiefs, who closed the season strong. There's the Baltimore Ravens, who should rebound after an injury-plagued season. There are the other three AFC East teams, and the Buffalo Bills, New York Jets and Miami Dolphins should all be viewed as threats. The Raiders are a team on the rise, and next year could very well be the season they take the leap and become a playoff team. This was easily the hardest pick to make.

1. Seattle Seahawks
The Seahawks couldn't get past the Panthers, but that might be different next year. Seattle struggled early, but found a groove late before running into the Carolina train. Seattle will be in the playoffs again next season, especially if the offensive line gets a little help.

2. Carolina Panthers
Carolina is still mourning it Super Bowl loss, but it should be back in the playoffs next year. The Panthers shouldn't lose much on either side of the ball, and getting WR Kelvin Benjamin back should only help the offense. The Panthers are going to be a Super Bowl threat again next season.

3. Dallas Cowboys
If the Cowboys had Tony Romo, the NFC East would have looked completely different. But without Romo, the opening in the NFC East was seized by the Washington Redskins. While Romo's healthy is by no means a sure-thing, his return should help propel the Cowboys back to the playoffs. Plus, finishing poorly this year will help the team in the draft and give them an easier schedule.

4. Green Bay Packers
It's unrealistic to expect the Packers to miss the playoffs with Aaron Rodgers at the helm. The Packers have serious competition from the Vikings (see below), but the Packers should be better with a healthy Jordy Nelson and a (hopefully) thinner Eddie Lacy. For more on the NFC, download the Chat Sports Android and iPhone app.

5. Arizona Cardinals
The Cardinals came up short thanks to a turnover-filled disaster against the Panthers. Arizona should be a good team again next year, although there's the chance that Carson Palmer won't have a season as strong as last year's. Still, Arizona has the makings of at least a wild card team.

6. Minnesota Vikings
The Vikings are listed as the No. 6 seed, but I wouldn't be surprised if they win the NFC North. They have the defense, running game and Teddy Bridgewater should only continue to develop. The future is bright for Minnesota. Outside of the Vikings, the Atlanta Falcons seem like the most likely wild card threat. The NFC is rather top-heavy.