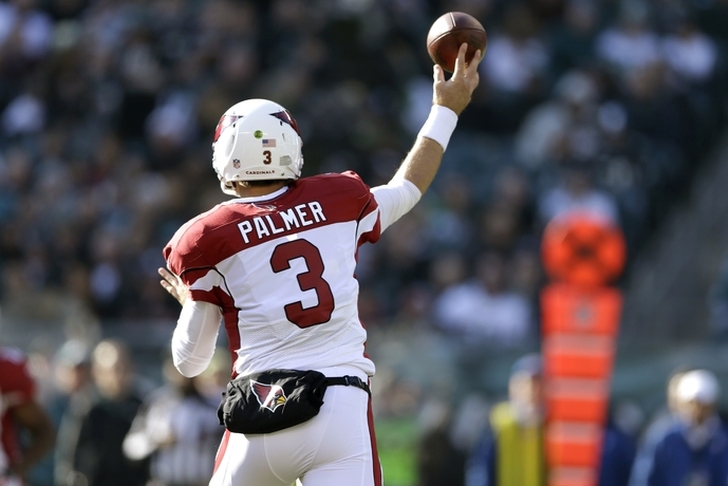 The NFL regular season is over. There's no reason to project the playoff teams, because the matchups and seedings have already been set. However, I can project how the playoff teams will fare. These power rankings could turn to out to be complete wrong, and there isn't much separation between the top six teams. I wouldn't be surprised if any of those six lift the Lombardi Trophy at the end of the season This serves as my official Super Bowl 50 prediction, so hopefully it doesn't turn out to be a disaster. Without further ado, here are my power rankings of the NFL playoff teams.

12. Houston Texans
The Texans managed to make the playoffs, despite starting four different QBs. It was an impressive season for Houston, but they aren't going to win the Super Bowl this season. They'll likely lose to the Chiefs in the Wild Card game.

11. Washington Redskins
The Redskins won the awful NFC East, and Jay Gruden looks pretty darn smart for sticking with Kirk Cousins. However, it's tough to see this team winning the Super Bowl. It's more likely they'll lose to the Packers in the Wild Card.

10. Kansas City Chiefs
The Chiefs have put together an impressive run to end the season, but I don't see them making it all the way to the Super Bowl. Eventually their 10-game winning streak will come to an end. I think they'll beat the Texans, but will come up short in the Divisional Round.

9. Minnesota Vikings
I like this Vikings team quite a bit, but I don't like their matchup. The Seahawks are favored to beat Minnesota. The Vikings have the home field, but they might have been better off playing the Redskins in the Wild Card. I don't see the Vikings getting past Seattle.

8. Green Bay Packers
The Packers didn't win the NFC North, but I like their chances better than the Vikings'. For starters, Aaron Rodgers makes things easier , even if he hasn't been as great this season. The Packers also have a much easier matchup, and I think they'll advance to the Divisional Round.

7. Cincinnati Bengals
The thumb cast is off for Andy Dalton, but it still seems like a long shot that he'll to play against the Steelers this weekend. It's tough to envision A.J. McCarron beating the Steelers, the one team Bengals fans did not want to play. The Bengals are closer to being No. 6 than they are No. 8, but this doesn't look like the year that they'll pick up the elusive playoff win.

6. Denver Broncos
This is where things start to get jumbled. All of these top six teams are true Super Bowl contenders and I wouldn't be surprised if Denver ended up winning. I love their defense, but I don't trust their offense. Snagging the No. 1 seed helps. However, they could draw the Steelers in the Divisional Round and I think they'll they lose that game. The team will need Peyton Manning to avoid the turnovers that plagued him early this season.

5. Seattle Seahawks
The Seahawks, thanks to improved offensive line play, Russell Wilson and a strong defense, are true title contenders. The Vikings aren't an easy draw, but it's a game Seattle can win. They have a tough path to the Super Bowl, so I'm hedging my bet a bit here by keeping them at No. 5.

4. New England Patriots
It's tough to bet against Bill Belichick and Tom Brady, but injuries could cost the Patriots in the end. I think they end up playing the Chiefs in the Divisional round, win that game, and then lose in the Conference Championship.

3. Carolina Panthers
The Panthers have been incredible this season, but a lack of weapons ends up preventing the team from winning a Super Bowl. Cam Newton and the defense have been great this year and I wouldn't be surprised if they end up winning. However, I think another NFC team will beat Carolina in the Conference Championship.

2. Pittsburgh Steelers
I think the Steelers will end up playing in the Super Bowl. They barely snuck into the playoffs and several teams (like the Bengals) would have preferred playing the Jets. They're being called the most dangerous team in the playoffs. They've proven they can beat Denver and the Patriots' injury issues give Pittsburgh the advantage.

1. Arizona Cardinals
The Cardinals are my pick to win Super Bowl 50. They've been one of the most balanced teams in the NFL this season and have the offense and defense to win. Carson Palmer has been wonderful this season and he'll capture the Super Bowl title he's wanted so badly.

Disagree with what I have and want to call me an idiot? Or agree with me and want to publicly sing my praises? Hit me up on Twitter and let me know who you think is going to win.