Do the Cleveland Browns still have a shot at winning the AFC North? 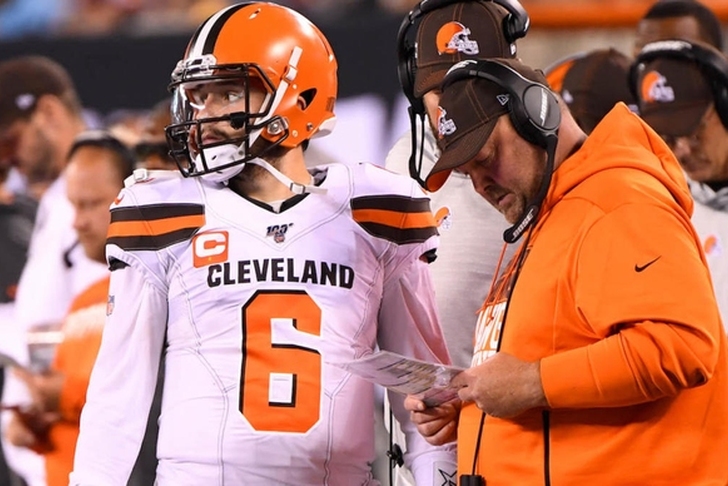 The Cleveland Browns were believed to be an outside contender to win the AFC when the NFL season kicked off. However, a 1-2 start to the NFL season has brought them crashing back to Earth. The Browns suffered a humbling 43-13 home lose in week 1 to the Tennessee Titans before crushing the New York Jets 23-3. The win kept riders on the team’s bandwagon. However, week 3’s 20-13 loss to the Super Bowl runners-up the Los Angeles Rams won’t do much to help the Browns’ postseason expectations.

While Cleveland is 1-2 in the AFC North standings, their division rivals the Pittsburg Steelers and Cincinnati Bengals have failed to win any of their three games. AFC North leaders the Baltimore Ravens – the Browns week 4 opponents – haven't been able to run away with division as yet. Due to the Browns’ rivals being unable to pick up victories, Cleveland is still capable of topping the AFC North.

The Ravens litmus test
The Baltimore Ravens will be the true litmus test to Cleveland’s playoff aspirations. Cleveland not only have to beat the Ravens right the ship before its playoff hopes are sunk, the team must claim victory in Baltimore.

Since the Browns and Ravens first played in 1999, Cleveland has posted a 10-30 record. The Browns haven’t won in Baltimore since October 2015 when they tallied a 33-30 victory.

If the Browns want to pick up a season-defining win against Baltimore, then they will need to improve in all areas. In their loss to the Ram in week 3, the Browns play calling was poor and made even worse by inconsistent execution from players.

The hype was high surrounding the Browns heading into the season following 2018’s 7-8-1 record. However, quarterback Baker Mayfield has been incredibly disappointing with just three touchdowns and five interceptions in three NFL games.

Cleveland’s schedule doesn’t get any easier after the Ravens game in week 4. The Browns go to California to play the San Francisco 49ers before hosting the Seattle Seahawks in subsequent weeks. Both NFC West teams are playing well. If fans stayed on the Browns’ bandwagon after week 3, there may not be anyone left after playing Baltimore.

Can Cleveland topple the Ravens?
The Browns-Ravens rivalry has been lopsided with Baltimore dominating it to the tune of 30 wins from 40 games. The rivalry between the NFL teams goes back to the mid-1990s when the original Browns franchise moved to Baltimore.

According to leading UK sports books, the Ravens are favorites to win the AFC North showdown at 5/16. Leading UK sites have the Browns at 13/5 to win the game away in Baltimore. Fans of the Ravens and Browns are anticipating the huge game. NFL fans can visit the Newest UK casino sites and wager on the team they believe will win the big game on Sunday.

The Browns’ ship is sinking. It seems like the team believed its own hype heading into the season. The Browns have slipped to 28/1 to win the Super Bowl and 13/8 to win the AFC North, according to UK sportsbooks.

There is still a lot of football to be played, but the Browns could be sunk with a loss to the Baltimore Ravens in week 4.