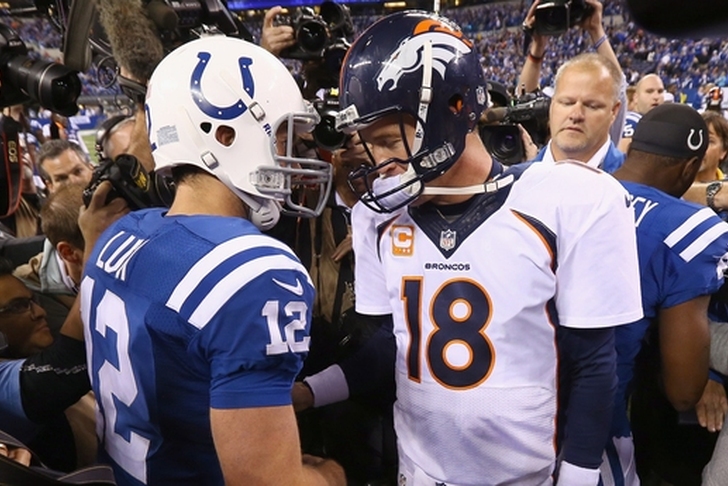 The Denver Broncos are undefeated, and they'll try to keep their hot start going in Peyton Manning's return to Indianapolis against the Colts, who are looking to improve to 4-5 on the season before their bye week. So, what should we expect from the game? Here's our preview & prediction:

What They're Saying About The Denver Broncos:

Broncos expected to welcome Vernon Davis by throwing him the ball

Broncos' offense must build on success against Colts

Will the Colts' Andrew Luck ever be as good as Peyton Manning?

Colts thin at WR against Denver's top-ranked defense with T.Y. Hilton out

Can Andrew Luck produce against Denver's defense? The Broncos rank first in the league in almost every major defensive category, including quarterback pressures. On the flip side, Luck has been the worst quarterback in the league when he is pressured, which has been the main reason behind Luck's turnover problems this season. He needs to protect the ball if the Colts want to win this game.

Denver will be able to move the ball against the Colts' lackluster defense, and I don't think the Colts will suddenly fix their turnover problems against the best defense in the league. The Broncos will take a big lead early in the first half and cruise to an easy victory.