Cowboys Closing in on Patriots for Super Bowl Favorite Status 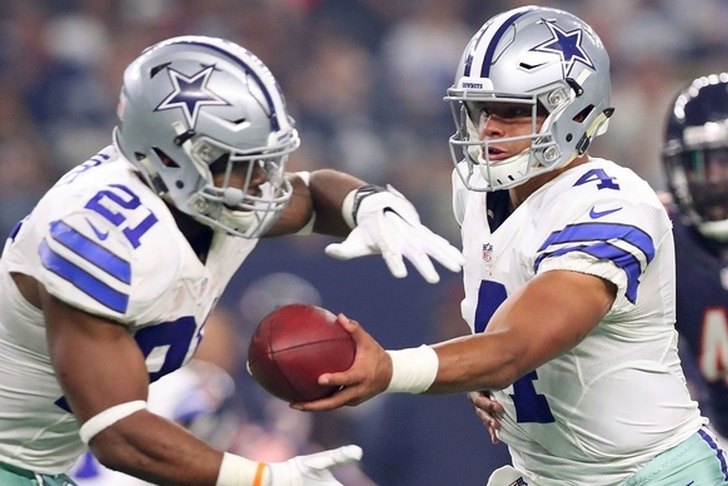 After putting together one of the more surprising 11-game winning streaks in recent memory, the resurgent Dallas Cowboys are doing what many football fans believed to be impossible when the regular season began.

Back in Week 1, the Cowboys were still reeling from the sudden loss of star quarterback Tony Romo, who suffered a fracture in his back during the team’s third preseason game. Forced to hand over the reins to rookie fourth-round draft pick Dak Prescott, even Dallas faithful were hard-pressed to predict a playoff run.

But Prescott has proved himself to be quite the capable replacement for Romo, and a recent three-game statistical dip notwithstanding, the rookie has led the Cowboys to a sizzling 11-2 start. In fact, leaving aside close losses to the New York Giants (10-4), one in the season-opener and another in Week 14 action, Prescott has torched the rest of the NFL to the tune of a 12-0 record with 20 touchdown tosses and just two interceptions.

Along with the MVP-caliber play of rookie running back Ezekiel Elliott, who leads the NFL in rushing yards with 1,551 through 14 games, the consistently excellent play of wide receiver Dez Bryant and tight end Jason Witten, and the league’s most dominant offense line group – the Cowboys have reclaimed their role as “America’s Team.”

In the course of compiling the league’s best record, Dallas has done the unthinkable twice over.

Today, the Cowboys are considered the clear challenger to the vaunted New England Patriots (12-2) as the consensus favorite to win Super Bowl 51. As of December 14th, the Patriots are tabbed as +225 favorites to hoist yet another Lombardi Trophy in February, with the Cowboys trailing closely behind at +500.

Dallas began the regular season back on September 8th as massive +5000 longshots against winning their first Super Bowl since 1996, which puts the gap they’ve closed into perspective.

As for New England, a team that has utterly dominated the American football landscape since 2001, the Patriots have been the consensus Super Bowl favorites all season. After opening at +600 against on September 8th, the team rallied behind Jimmy Garoppolo during Brady’s four-game suspension to start the year. Following a 3-1 run without their superstar at the helm, Brady returned to win eight of his nine starts while solidifying New England’s position as AFC powerhouses once again.

The Cowboys have staked themselves to a comfortable lead in the NFC East, as have the Patriots in the AFC East, so both teams are eyeing first-round byes and home field advantage throughout the playoffs.

And if Dallas can complete a dream season by returning to the Super Bowl for the first time in 20 years, the championship game will be decided on home state soil. Super Bowl 51 will be played at NRG Stadium in Houston, Texas on February 5th, so there’s little doubt that the neutral field concept will be null and void should Dallas follow through on the oddsmakers’ faith.

Aside from these five teams, no other squad in the NFL has better than a +1600 chance to take home the title by season’s end.