Chiefs vs. Vikings - 3 Things We Learned About Each Team 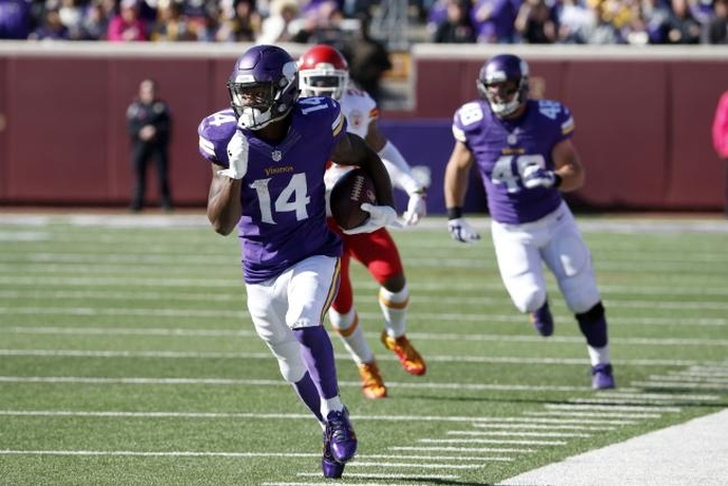 The Minnesota Vikings picked up their third win of the season in their 16-10 victory over the Kansas City Chiefs, who dropped to 1-5 on the season. Here are three things we learned about both teams:

Minnesota is dominant at home. The Vikings are now 3-0 at home on the year (even in their temporary stadium) compared to 0-2 on the road, and being able to count on those wins at home should be enough to help them get to the playoffs.

Stefon Diggs is the real deal. The rookie has become quarterback Teddy Bridgewater's favorite target in just two games, catching seven passes for 129 yards in his first career start. It appears as though these two have a real chemistry and could become a lethal combination.

Minnesota's defense is legit. The Vikings rank second in the NFL in points allowed per game, and have given up just 40 points in their three home games. With a developing offense, having a unit like this to rely on is key in their respect this season.

Kansas City's running game is dead without Jamaal Charles. In their first game without their leading rusher, the Chiefs ran for just 57 yards as a team on 18 carries, averaging just over three yards per carry. That simply won't get it done.

Jeremy Maclin is not the answer to Kansas City's passing problems. Yes, having him as a top receiver helps, but quarterback Alex Smith seems unwilling to throw the ball in his direction. He only caught three passes on four targets on Sunday, his lowest total in both categories on the season.

Third down is a problem for the Chiefs offense. They converted just three of 12 attempts against the Vikings, a problem that has plagued them all season. This is something Kansas City has to fix in a hurry if they want to turn their season around.