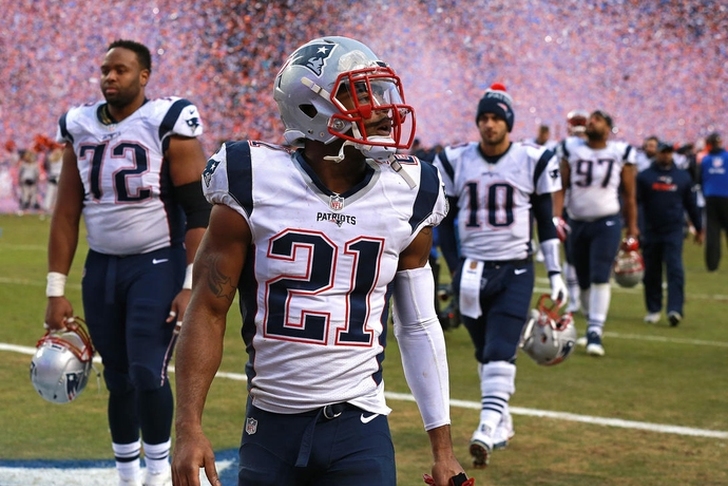 NFL free agency is several weeks old already, and while most of the big names are already off the market, there are a few notable players still available. Many teams have turned their attention to the upcoming NFL Draft, but there is still plenty of intrigue about possible trades. Here are all the latest news and rumors you need to know.

Wentz evaluating WRs in draft for Eagles
The Philadelphia Eagles upgraded their receiving core in a big way in free agency by signing Alshon Jeffery and Torrey Smith, but are still looking to add another wideout in the draft. And, according to NBC Sports NFL Draft analyst Josh Norris, they gave quarterback Carson Wentz a list of "six or seven" wideout prospects they told him he “needs to watch and give his input on.”

Philadelphia had said earlier this offseason that Wentz was going to be more involved in roster decisions.

Download Chat Sports for iPhone and Android for every NFL rumor and breaking story, straight to your phone

Patriots have "no intentions" of trading Butler
The New England Patriots have had some trade discussions with the New Orleans Saints about sending cornerback Malcolm Butler to the Big Easy, but Patriots owner Robert Kraft said the team does not intend to trade him.

"We have an offer sheet out to him and I know he has the ability to go out in the market and get someone to sign him," Kraft said. "I hope he's with us and signs his offer sheet and plays for us. I have a great affection for him. He was part of probably the greatest play in the history of our team."

New England placed a first-round tender on Butler, restricted free agent, which would pay him $3.91 million for the 2017 season. However, Butler is looking for a long-term deal and met with the Saints earlier this month.

Butler had 63 tackles with four interceptions and two fumble recoveries this past season.

Download Chat Sports for iPhone and Android for every NFL rumor and breaking story, straight to your phone

Texans will talk extension with O'Brien after the season
The Houston Texans have won back-to-back AFC South titles despite unstable quarterback play, earning Bill O'Brien respect as one of the better head coaches in the NFL. However, the Texans aren't thinking about giving him a contract extension until the offseason, according to John McClain of the Houston Chronicle.

Even though Texans coach Bill O'Brien has posted winning records in each of his first three seasons and has won back-to-back AFC South titles, he will not be getting an extension this year.

O'Brien is in the fourth year of the five-year contract he signed with the Texans in 2014.

"We'll talk to him about it at the end of this year," owner Bob McNair said Monday. "That's typically when we do that sort of thing. We'll sit down and see what he's (O'Brien) happy with and if he wants to be extended and see how we feel."

O'Brien is 27-21 in his three seasons as Houston's head coach.