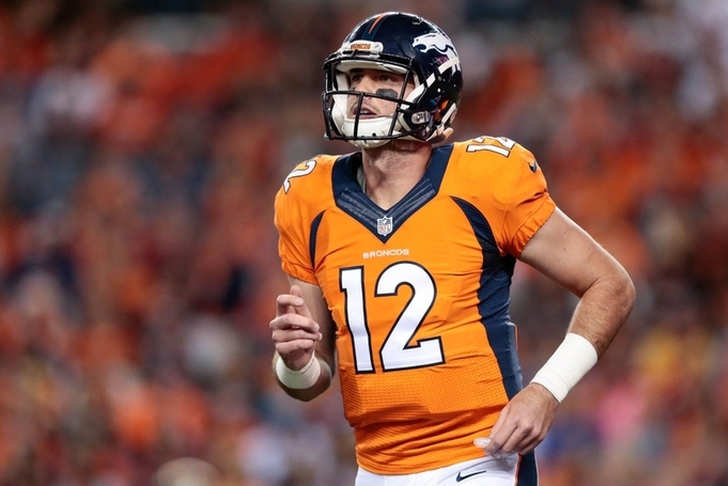 The NFL world is focused on this week's combine, and while much of the attention is on the 2017 draft class, teams are still preparing for free agency when the new league year begins on March 9. Here are all the latest news and rumors you need to know:

Browns won't pursue Kaepernick
The Cleveland Browns tried to acquire quarterback Colin Kaepernick from the San Francisco 49ers last season, and even though Kaepernick is set to be a free agent, the Browns will not pursue him on the open market, according to Mary Kay Cabot of Cleveland.com:

The Browns might soon be heartbroken by Jimmy Garoppolo, but they won't pursue 49ers quarterback Colin Kaepernick on the rebound despite Hue Jackson's heavy interest last year, a league source told cleveland.com.

Jackson, who loved Kaepernick coming out of the draft in 2011, wanted to acquire him last off-season, but the 49ers retained him. The Browns signed Robert Griffin III instead, but he missed most of the season with a fractured shoulder, and the Browns don't think they can count on him because of the durability issue.

But they won't be going back to the Kaepernick well, the source said.

The Browns will be in the market for a veteran quarterback, although ESPN's Adam Schefter reported Wednesday that "Jimmy Garoppolo is not going to be traded'' by the Patriots.

Kaepernick passed for 2,241 yards, 16 touchdowns and four interceptions last year, while rushing for 468 yards and two more touchdowns in 12 games.

Broncos believe they have "that guy" in Lynch
The Denver Broncos are another team that are expected to be in the market for a quarterback in free agency, but that may not be the case. General manager John Elway told ProFootballTalk that he believes Paxton Lynch can be the team's franchise quarterback.

“I think so. I’m excited about Paxton. But you never know,” Elway said. “Last year, picking Paxton in the first round, and the talent level that we see, Paxton is going to have a great career in the NFL. The bottom line is bringing him along the right way and developing him the right way.”

Head coach Vance Joseph reiterated those comments at the combine, saying Denver is "fine" with Lynch and Trevor Siemian on the roster.

Lynch passed for 497 yards with two touchdowns and one interception in three games last season, including two starts.

Eagles will pursue Charles in free agency
The Philadelphia Eagles quickly emerged as one of the likely potential landing spots for Jamaal Charles after he was released by the Kansas City Chiefs, and head coach Doug Pederson confirmed that they will pursue him in free agency, according to NFL Network's Mike Garafolo.

Doug Pederson confirms the speculation on the connection with him and Jamaal Charles is legit. Would explore adding him to Eagles' roster.

Philly is expected to cut Ryan Mathews, which would leave them with Darren Sproles and Wendell Smallwood as their top backs.

Charles has been limited to eight games over the past two seasons due to knee injuries. He ran for 40 yards and a touchdown on just 12 carries last season.