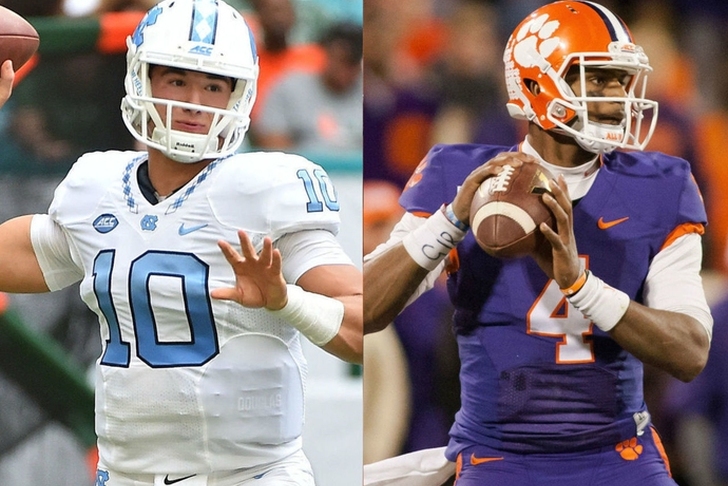 Browns head of football operations Sashi Brown admitted Wednesday he's game for trading up from No. 12  -- and although he wouldn't confirm it, the target is presumably quarterback Mitch Trubisky.

"We are open to it,'' Brown said during his pre-draft press conference. "Generally, we value picks. We think no matter how prepared you are there is always a lot of uncertainty in the draft. Every team misses. We're not going to be different in that regard. We like young talent.

"We've said the draft is going to be the pipeline. We don't want to get into a habit of turning two picks into one, so to speak. We just don't think that is a good way to do business over time.

"We have studied this around the league, and it's just our inclination. It doesn't mean that if there is a player there we might not go take a shot. We think we're positioned to be able to do that without impacting our draft much."

Cleveland has been in trade talks with the New York Jets about moving up to the No. 6 spot. Trubisky passed for 3,748 yards with 30 touchdowns and just six interceptions last season.

Bills interested in Deshaun Watson
The Buffalo Bills have expressed interest in picking a quarterback in the draft despite bringing back Tyrod Taylor, and they will have Clemson quarterback Deshaun Watson in for a visit tomorrow, according to ESPN's Josina Anderson.

I'm told the #Bills are scheduled to visit with QB Deshaun Watson at Clemson on Friday, per sources.

RELATED: 3 Players The Bills Could Take With The No. 10 Pick In The NFL Draft

Dalvin Cook may fall to second round
At one point early in the pre-draft process, Florida State running back Dalvin Cook was the unquestioned No. 2 running back prospect in this draft class, and some even thought he was challenging LSU's Leonard Fournette to be the first back taken. However, NFL.com's Lance Zierlein reports that he may fall to the second round due to a variety of reasons:

While Dalvin Cook is clearly a first-rounder based on talent alone, there are some teams who simply don't believe he is worth a first-round investment. Some teams seem to be basing their opinions on concerns surrounding durability and character, while others were disappointed with his NFL Scouting Combine showing. Alvin Kamara is talented but didn't post enough production in college, and I seriously doubt Joe Mixon finds his way into the first round based on my recent conversations.