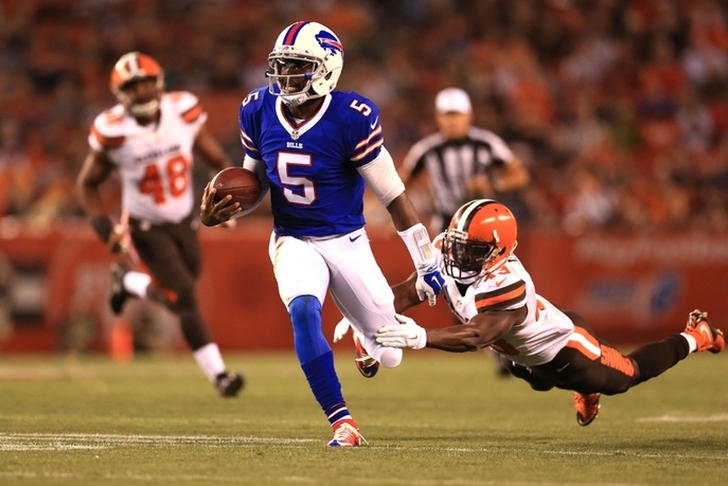 The 2017 NFL Draft Combine has reached it's conclusion today, with defensive backs going through on-field drills and workouts. However, that wasn't the only source of news. Here are all the latest news and rumors you need to know.

Jamal Adams, Teez Tabor say they're the draft's best player
Myles Garrett is widely expected to be the No. 1 overall pick in the draft, and if it's not him, many believe it will be because the Cleveland Browns elected to take a quarterback instead. However, LSU safety Jamal Adams thinks his name should be in consideration for that spot.

Adams is currently projected to be a top five pick and the top safety off the board. He wasn't the only defensive back who thinks they're the top pick in the draft, either. Florida's Teez Tabor is projected to be a mid-first round pick, but he also said he feels like he is the best player in the draft.

"I feel like I'm the best overall player in the draft, not just the best cornerback. That's just the confidence I have in myself and my ability to play football," Tabor said.

Browns targeting Tyrod Taylor?
Cleveland's decision to draft a quarterback or not may decided if they can land one of their top targets in free agency. According to Jason La Canfora of CBS Sports, the Browns plan to pursue Buffalo Bills quarterback Tyrod Taylor if he hits the open market.

The Bills do not plan to retain Taylor at his current contract , according to sources, as they continue to meet with agents for free agent quarterbacks and explore other options. And while the Bills have proposals at a lesser salary on the table, no one I’ve talked to here at the combine -- general manager, cap guy or agent -- can figure any reason why Taylor should accept anything from the Bills at this point. Especially with him being coveted as a free agent.

League sources said the Browns have significant interest in Taylor as a free agent. Taylor has strong ties to some on the Browns staff already and if/when he hits the open market I would be shocked if the Browns don’t make a real push for him. Many in the league believe that’s where he will end up -- he’s young and athletic and protects the football and has upside. That would allow the Browns to take the two best players available with their two first-round picks -- beginning with Myles Garrett first overall. The Browns also continue to try to push to retain pending free agent receiver Terrelle Pryor to have some weapons for the new QB.

Buffalo gave Tyrod Taylor a $100 million extension before the season started, but now want him to restructure that deal or they may go in a different direction at the position. Taylor is not willing to restructure that deal, meaning it's pretty much guaranteed the Bills will cut him to save over $30 million. General manager Doug Whaley has also said he is comfortable going into 2017 with Cardale Jones as Buffalo's starting quarterback.

Reuben Foster sends apology letter to all 32 teams
Alabama linebacker Reuben Foster was sent home from the NFL Combine earlier this week after getting into a heated exchange with a hospital worker, and he is doing his part to make amends. According to NFL Network's Kimberly Jones, Foster's agent sent a letter to all 32 NFL teams apologizing for the incident.

Foster said on Instagram that "nothing happened," and teammate Ryan Anderson - who was with Foster at the hospital awaiting evaluation -  said that everything was "blown out of proportion." He wasn't set to participate in any drills at the combine after undergoing surgery on a right rotator cuff last month.