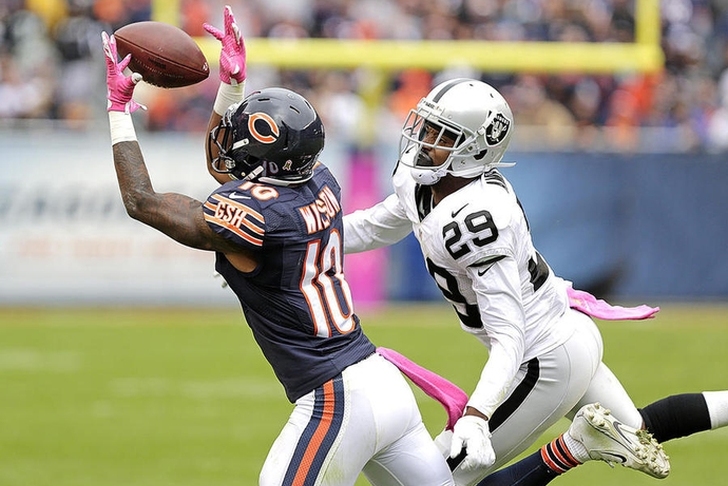 David Amerson was cut by the Washington Redskins in late September, but is already starting for the Oakland Raiders. While part of that is a statement about how badly the Raiders needed corner help, it's also a compliment for Amerson.

“He’s really picked up the system well,” Raiders coach Jack Del Rio told the Washington Times. “He’s done a nice job coming in here and showing some of the skill that we thought he would have, and he’s added to the group. He’s been a good contributor. He’s had some sticky coverage and we think he’s got a chance to help us.”

Amerson was a second round pick by the Redskins in the 2013 draft out of the N.C. State. He was a projected first round pick entering his junior season, but struggled and slipped in the draft.

Amerson played all but two snaps in the Raiders' loss to the Chicago Bears, the most of any Raider cornerback.