Can the NFC Be Your Money Maker? 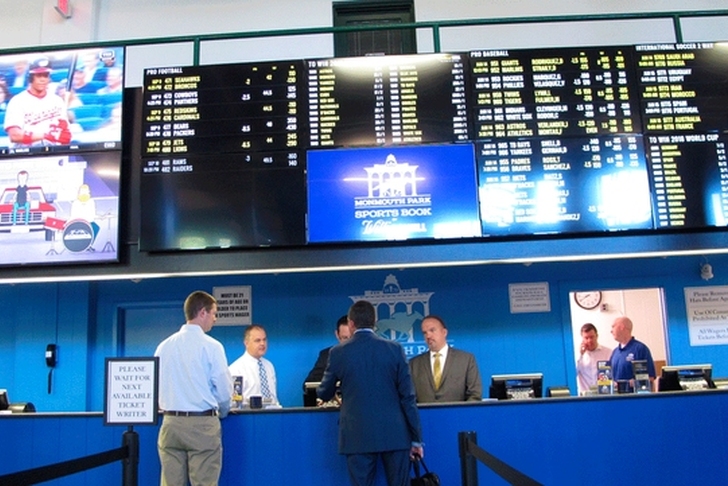 As NFL betting is up and running it’s time to check out the Sports Betting Outlook for the NFC Conference.

While the AFC has had the New England Patriots dominating the past decade, the NFC is known for its competitiveness. Only once in the past 20 years a team has won the NFC championship in back to back seasons, the Seattle Seahawks won in 2013 and 2014.

So, the million dollar question when it comes to NFL sports betting in 2019 is…. Can the NFC be Your Money Maker?

Let’s have a look at each team and see where you can place your money on. Or not.

Dallas Cowboys
Unfortunately, “Americas Team” never gets great odds and this season is no different. At +2200 to win the Super Bowl, it’s hard to believe the Boys’ can be a good bet, particularly with all the drama involving Ezekiel Elliott. The win total at 9, however, looks like a good one, considering the Cowboys play four games against the Redskins and Giants.

Philadelphia Eagles
The Eagles are currently +1200 to win the big game and that does not seem like a long shot. The 2017 champs have all the pieces in place to go all the way if they can stay healthy, but that’s always a big IF. The birds look good for wIn totals too as it stands at 9.5.

Washington Redskins
Betting “against” the Redskins this year should be the way to go. Don’t even think on some funny business as Washington is +10000 to win the SB. Win totals at 6 feels like a stretch too.

NY Giants
The NY Giants are almost like the Redskins but with one big difference: Saquon Barkley. +8000 to win Super Bowl 54 is a no-no but a win total of 6 is an interesting bet as the G-man have a number of winnable games: Bills,  Bucs, Redskins (2x), Cards, Lions, Jets and Dolphins. A 6-10 season seems possible.

Chicago Bears
+1200 to win the Super Bowl isn’t terrible for the Bears but you can find better teams with similar or better odds. 9.5 win total should be money but the NFC North can be tough.

Minnesota Vikings
The Vikings can be that big payout, dark horse you are looking for. +2600 looks all right for a team with a Super Bowl caliber defense. Win totals at 9 can also be a good bet but their offense is still a bit iffy.

Green Bay Packers
The Packers and their lofty +1800 Super Bowl price have to be avoided. They have too many questions under a new head coach. Even win totals at 9 can be a questionable bet.

Detroit Lions
The Lions are +8000 to win Super Bowl LIV and no one in the NFL world can see that happening. The 2019 win total is 6.5 and it’s safe to say very few folks out there will make that gamble, including Lions’ fans.

New Orleans Saints
The Saints (+850) are one of the favorites to win the Super Bowl and this could be money well-spent. Win total 10.5 also looks like a safe bet. However, in today’s crazy NFL, it can turn out to be a bad call and the Saints know a little something about bad calls.

Atlanta Falcons
The Falcons have pretty favorable odds to win the Super Bowl, especially considering their win total is not too far off from the Saints. Win totals at 8.5 seems like a good call.

Carolina Panthers
The Panthers (+4000) could be in for a tough season and should not be in the conversation for a Super Bowl run. Win totals are 7.5 and that looks like a very questionable bet as well.

Tampa Bay Buccaneers
Another team at +8000, the Bucs have virtually no chance of making a Super Bowl run. Even the win total of 6.5 doesn’t look like a good chance of returning dividends.

LA Rams
Once again, the Rams (+900) are among the favorites to win the Super Bowl. The road to the big game could be bumpy (tough schedule and the win total at 10.5) makes it likely to go “under” 11 wins.

Seattle Seahawks
The Seahawks can be one of the best deals for future odds as you can find great value in their +3000 price to win the Super Bowl. Win total at 8.5 looks like a toss as the Hawks’ are likely to make the playoffs but will finish right around 9-7, based on their schedule.

San Francisco 49ers
Vegas is a little high on the 49ers (+3000) but to win the Super Bowl???? Forget about it. Win totals at 8, better but hard to bet with confidence as SF still has so many unanswered questions.

Arizona Cardinals
The Cardinals are +10000 to win the Super Bowl but no….. No chance. Win totals are a lowly 5. Seems like possible to go over but remember: the red birds won 3 games last season. They will have to almost double the amount of wins… so…. No again.