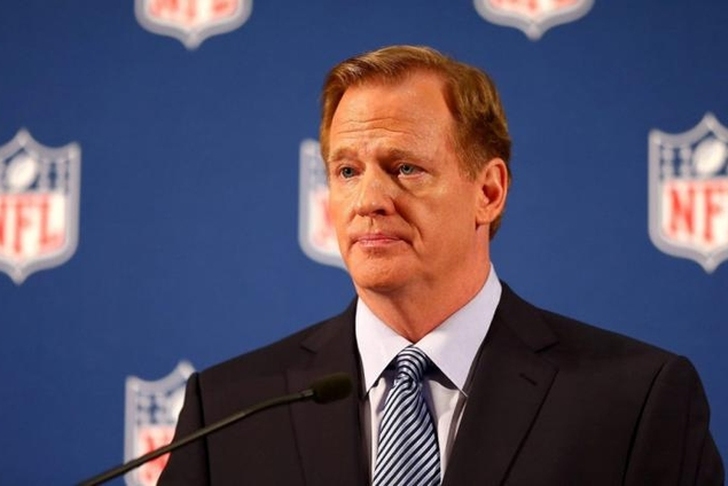 NFL commissioner Roger Goodell has signed his contract extension with a "near unanimous consensus" among owners, according to ProFootballTalk.

Per a source with knowledge of the situation, the NFL’s Compensation Committee has informed all owners that a new contract for Commissioner Roger Goodell has been executed.

The memorandum to all owners explains that a “binding contract extension has been signed by the Commissioner and by Arthur Blank, on behalf of the League entities.” The memo also cites the existence of a “nearly unanimous consensus” among the owners in favor of finalizing the extension now.

Here's the memo the Compensation committee sent to NFL teams:

"In recent days, we have spoken with each of you individually regarding the status of the negotiations to extend Commissioner Goodell's employment contract. In the course of those discussions, we have reviewed with you the details of the contract extension. Our Committee unanimously supports the contract and believes that it is fully consistent with “market” compensation and the financial and other parameters outlined to the owners at our May 2017 meeting, as well as in the best interests of ownership. We also have expressed in those conversations our strong and unanimous belief that we should proceed to sign the agreement now, consistent with the unanimous May resolution and to avoid further controversy surrounding this issue."‎

The Compensation Committee received authorization from the owners in May to offer an extension to Goodell, but Dallas Cowboys owner Jerry Jones had been working to stop the process after Goodell has reportedly promised him that running back Ezekiel Elliott would not be suspended.

A number of owners backed Jones in his stance against Goodell, but ultimately, Goodell had enough backing from most of the owners to get a deal done.