Brady Or Manning: Who Had The Better Career? The Answer May Surprise You 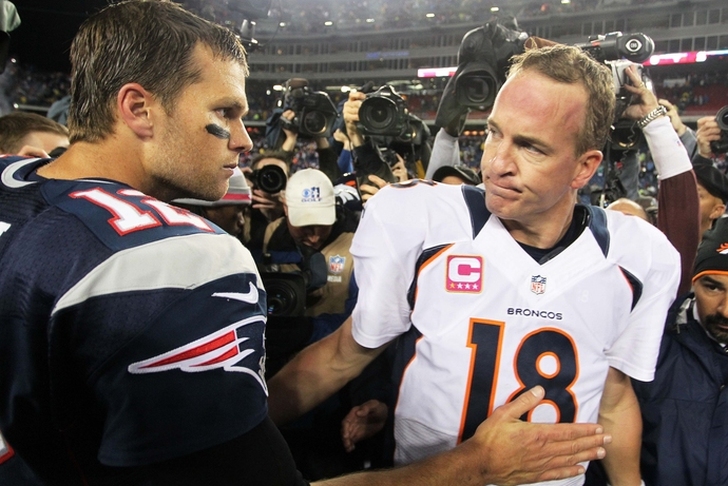 Tom Brady and Peyton Manning are two of the greatest QBs in NFL history. The duo will face off for the 17th time in the AFC Championship game, in what may be the last meeting between the two. After all, Brady will turn 39 next year and Manning will hit 40. So which QB has had the better career? The answer may surprise you:

The Case For Brady:
Brady has the advantage in the postseason and head-to-head games. He's an incredible 22-8, giving him the most playoff wins in NFL history. No other QB has more than 13. In reality, he has the best winning percentage, because there's no way we're counting Trent Dilfer. Brady's won four Super Bowls while Manning's only won one. Brady also had the head-to-head matchup, with 11 wins against five losses. Manning has also been terrible this season, while Brady is at the top of his game. Peyton is great, but Brady is the greatest.

The Case For Manning:
Brady may do great in the postseason, but it's not fair to dismiss Manning's incredible accomplishments. This is the QB who holds the NFL career record for TD passes and passing yards. Brady is at least a few years away from catching Manning. And Brady may hold the career lead in head-to-head games, but that's actually not the case since 2005. Since the start of the regular season that year, Manning is 5-4 against Brady. Brady is 0 for 2 in his last two playoff games against Manning as well. And it's not like Manning's 12-13 playoff record is bad. Brady has been a wonderful QB, but don't forget he's had better talent surrounding him more often than not. Taking that into consideration, and it's Manning who has had the better career.

Winner:
Manning is the best regular season QB in NFL history. If that's the determinant for career, than Manning wins. But that's how most define success. It's all about the rings and Brady has more than Manning. Both have had legendary careers and are Hall of Famers. But in the seemingly never-ending debate about which QB is better, the right answer is Brady.