Bold Moves Each NFC South Team Could Make This Offseason 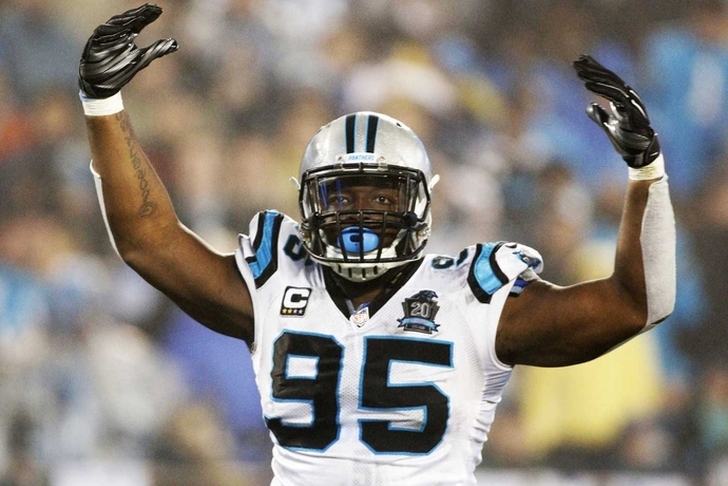 Each NFL team is tasked with making a large amount of moves every offseason, deciding which players to cut, who to sign, who to draft, who not to draft, etc. However, only a few of those decisions really move the needle, and these are moves that would certainly do that. Here's a bold move every NFC South team could make this offseason.

In a down year for pass rushers, Irvin is going to get paid. His contract could top $10 million per year, which the Falcons can easily afford - especially for a game-changer like Irvin. The team lacks a true pass rushing threat, and Irvin is just young enough that the team can justify signing him while they continue a rebuild. Plus, reuniting him with head coach Dan Quinn, who was the defensive coordinator with the Seahawks before joining the Falcons, would be a bonus.

Johnson was one of the biggest stars on this team when he recorded 44 sacks from 2010-2013, but he has seed his production dimish greatly of late. He only recorded one sack this past year, he's 30, and under contract for over $15 million next year. Carolina could cut him and still bring in one of the best defensive ends on the free agency market for a fraction of the cost.

Smith's draft position is complicated by a torn MCL and ACL. He would've been top five pick if he was totally healthy, but his injury could cause him to be limited during his rookie season (though he says he won't have to miss any time). Smith is a true hybrid that can play any linebacker position because of his freak athleticism. If he checks out medically, he's worth taking at No. 12. UCLA's Myles Jack is also worth thinking about, but he is also coming a torn ACL.

Jenkins is a proven starter in this league, starting 58 of his 60 games played with the St. Louis/Los Angeles Rams over the course of his four-year rookie contract. He's a consistent back-end tackler with ten career interceptions on his resume, and he's a durable enough commodity to expect 15-16 games of top-level coverage work each year. Worth a multi-year look by the front office.