Bold Moves Each NFC East Team Could Make This Offseason 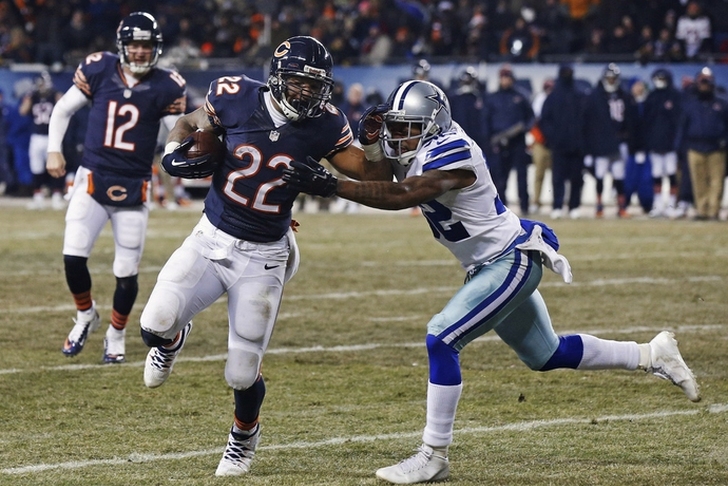 Each NFL team is tasked with making a large amount of moves every offseason, deciding which players to cut, who to sign, who to draft, who not to draft, etc. However, only a few of those decisions really move the needle, and these are moves that would certainly do that. Here's a bold move every NFC East team could make this offseason.

The Cowboys have been linked to Forte in the past and that will likely be true once again this offseason. The team has Darren McFadden, but he's aging and injury-prone. There's no guarantee he'll be healthy the entire season next year, despite a strong 2015. Forte is on the wrong side of the 30, and wants to chase a Super Bowl, which he can do that in Dallas, where the team can put him in a timeshare with McFadden and keep them both fresh.

There's a chance Elliott won't last until the #10 overall pick, but the Giants shouldn't let him slip further. They've been using an ineffective running back by committee all season long. Elliott can be the workhorse back the team needs. While we're in an era where running backs are supposedly interchangeable, Elliott has a chance to be a generational talent with the right offensive line ahead of him.

Randle is the third guy on the Giants' depth chart behind Odell Beckham Jr. and Victor Cruz, and while they would like to re-sign him, they may not be willing to pay a lot of money for a No. 3 receiver. Philadelphia is a team that could give Randle the kind of contract he's looking for because of their need for a receiver.

Washington Redskins
Make over the secondary

According to Bill Barnwell of ESPN, it might behoove the Redskins to move on from both Chris Culliver and Dashon Goldson this offseason: