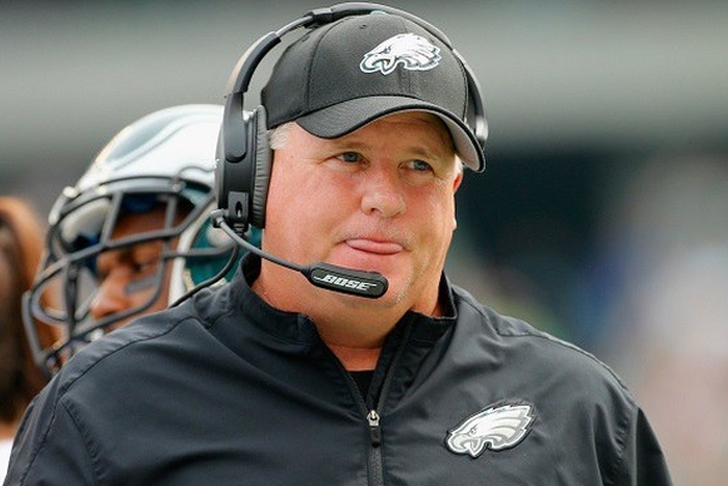 Five NFL teams have already fired their head coach ahead of Black Monday - the Dolphins, Titans, and Eagles made coaching changes during the regular season, while the Browns and 49ers fired their head coaches on Sunday night - and a few other teams figure to follow in the near future. Here's all the latest news and rumors surrounding the very active NFL coaching carousel:

Chip Kelly has reached out to the 49ers
Former Eagles head coach Chip Kelly has already reached out the 49ers about their coaching vacancy after they fired Jim Tomsula, who spent just one season at the helm in San Francisco, according to ESPN's Adam Schefter.

Chip Kelly's camp has reached out to 49ers to express interest in their HC opening, per league source. 49ers likely to at least consider it.

Kelly coached nearly three seasons for the Eagles, posting a 26-21 record during his time with the team. However, the team was just 6-9 this season after Kelly made massive personnel changes in the offseason. The 49ers went 5-11 this year, and while they plan to interview Kelly for the job, they have their sights set on someone else:

49ers to pursue Saints head coach Sean Payton
Payton has said that he plans to listen to other coaching opportunities this offseason as New Orleans prepares to rebuild their team, and San Francisco is expected to at least "explore the idea" of hiring Payton, according to Schefter. Payton will meet with Saints general manager Mickey Loomis on Monday to discuss his future with the team, at which time we should know if Payton will remain in New Orleans or will be the biggest coaching name available.

Eagles to interview Pat Shurmur, Adam Gase
The Philadelphia Eagles are moving quickly and plan to interview their current offensive coordinator Pat Shurmur - who served as the team's interim head coach in their win over the Giants on Sunday - and Bears offensive coordinator Adam Gase for their head coaching job. Gase is expected to be one of the leading candidates for multiple jobs this offseason after resurrecting the career of quarterback Jay Cutler this year.

Cowboys will keep head caoch Jason Garrett
Dallas had an extremely disappointing season as injuries depleted a Super Bowl contender into a 4-12 team, leaving them with their third-worst record in franchise history. However, owner Jerry Jones says there's absolutely no way head coach Jason Garrett's job is in jeopardy:

“Let me be real clear: There’s no thought of replacing Jason. At all,” Jones said. “I only say that to get ahead of anything that might be said about me addressing coaching. Jason is the ultimate decision-maker regarding the staff. And so that remains for us to sit down and really evaluate the staff.”

Garrett is 45-43 since taking over as Cowboys head coach halfway through the 2010 season.

Dolphins to interview Dan Campbell
Dan Campbell finished the season as the interim head coach of the Miami Dolphins, and will get a chance to interview for the permanent position on Friday, according to NFL Network's Ian Rapoport. Campbell took over for Joe Philbin after he was fired by the Dolphins and led Miami to a 5-7 record.