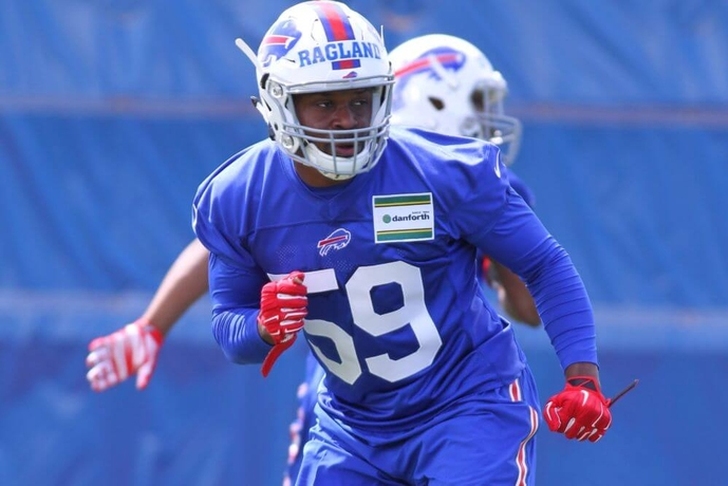 The Buffalo Bills have traded away another high draft pick. MLB Reggie Ragland, a second round pick last year, is heading to the Kansas City Chiefs.

Bills have acquired a 2019 4th round draft pick from Kansas City Chiefs in exchange for LB Reggie Ragland.

The Bills moved to a 4-3 scheme this year and Ragland was as good a fit for that scheme as he was for Rex Ryan's 3-4. The Chiefs run a 3-4 scheme. Ragland was working with the backups in Buffalo for all of the preseason.

The Bills had previously traded away CB Ronald Darby, QB Cardale Jones, WR Sammy Watkins. They actually already have the Chiefs' first round pick in the 2018 Draft after the Patrick Mahomes trade. With all their trades, the Bills have an extra first, second and third rounder next year, plus the Chiefs' 4th rounder in 2019.

The Chiefs acquired Ragland with the idea of him becoming a future starter at ILB. Derrick Johnson and Ramik Wilson are the starters, but Johnson is aging with an injury history. Ragland didn't play at all last year because of a knee injury.