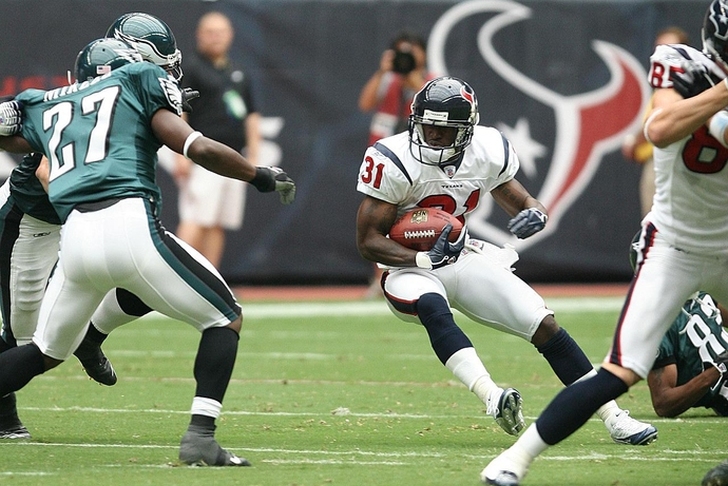 The Future is Bright
The NFL offseason is a time for football fans to regain optimism or hope. Usually, at this time, teams push through the offseason program and different training camps to improve from the year before. This is when their youngest assets can step up, to try and make a difference in the new season.

For NFL Betting, it is so important to know who these young bucks are, as you’ll know what teams/players are the ones to watch. Over the last three years especially, the NFL has undergone an exciting facelift when it comes to young talent. Every year brings a new batch of players, but these last few drafts have seen young players being the best of the best in the NFL. Listed below are the top players under 25 that you should keep your eye on.

The Best of the Best

1. Justin Herbert, Los Angeles Chargers
In just 32 games, Herbert has thrown for 9,350 yards and made 69 touchdowns as a quarterback. In 2020, he won the NFL Offensive Rookie of the Year award and his name was put forward to last year’s Pro Bowl Roster. Although he is yet to push the LA Chargers over the playoffs hump, he is standing out in this game as one of the top drafts of his class. Being 6 foot 6 has its advantages, so it’ll be interesting to watch his career flourish.

2. Joe Burrow, Cincinnati Bengals
Similar to Herbert, Burrow has ascended to the upper echelon of QB talent at an insanely fast pace. Despite going through an ACL injury in the middle of his impressive season, he was about to put together an amazing year for Cincinnati, leading the Bengals to their first playoff win since 1991, and their first trip to the Super Bowl since 1989! On top of this, he has already thrown for 7,299 yards and made 47 touchdowns in 26 games.

3. A.J. Brown, Philadelphia Eagles
Just turning 25, Brown has already put up two 1,000-yard seasons in an offense run geared towards coupling with Ryan Tannehill as quarter-back. Now with the Philadelphia Eagles following a draft-day trade, it seems like Brown will be coupled with his best friend, quarter-back Jalen Hurts, as well as another dynamic and young weapon, DeVonta Smith. When he played with the Tennessee Titans, Brown made 185 catches for 2,995 yards and 24 touchdowns. He played that as a true receiver, constantly staying on his game. It seems that for the Eagles, he will be the focal point of their attack.

4. DK Metcalf, Seattle Seahawks
Over the last three seasons, Metcalf has become an important player for the Seahawks. Known for his incredible athletic ability, he is 6 foot 4 and can run within the 4.3 40-yard dash range. This kind of combination has made him a lethal player, especially during the early stages of his career. In the last three seasons, he has caught up to 216 passes for 3,170 yards and 29 touchdowns. It is clear that he will be able to keep this momentum going as the new season approaches.

5. Kyle Pitts, Atlanta Falcons
It is safe to say Kyle Pitts is one to watch. Throughout his career, he is the highest-picked tight end in the history of NFL drafting. The Florida alum has shown the world why he was so heavily coveted as a draft prospect last season, earning a Pro Bowl recommendation in the process. In a Falcons offense team that clearly needs the help, Pitts has made 68 passes for 1,026 yards and a touchdown. With one season under his belt, he is likely to increase his targets for the next one.

6. Jonathan Taylor, Indianapolis Colts
Taylor almost got the Colts to the playoffs by leading the league in rushing yards last season. As a running back, he is both dominant and dynamic which stood out in 2021. He made 1,811 yards and 18 rushing yards touchdowns while making an average of 5.5 yards per carry. No matter who is blocking up the front or calling the plays, this kind of production in a player is considered truly special. He turned 23 in January, and in that time has already produced 2,980 rushing yards and 29 rushing touchdowns. Being a first-team All-Pro player last season, it is clear that Taylor’s future is incredibly bright.