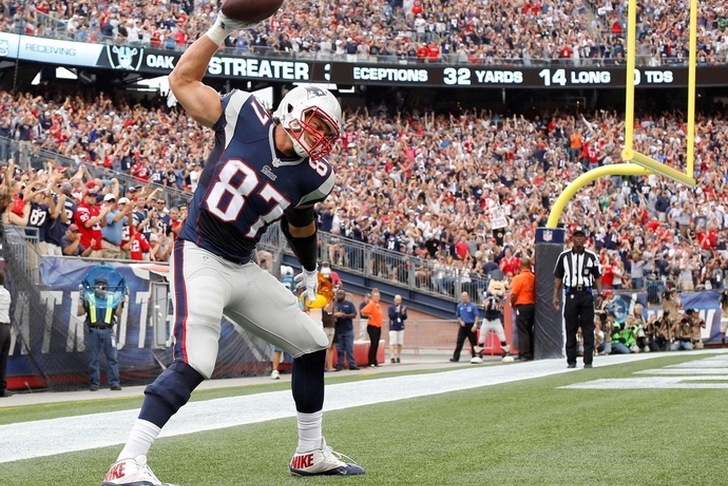 Three weeks of NFL action and we can start to mold opinions. Below are the six best offenses in the NFL through three weeks of the season. If you want to discuss or plead your case on a team that was left off the list please let me know on Twitter @MitchellRenz365.

6.) Kansas City Chiefs
Currently, lead the NFL  in rushing yards per game with 162 combined with the most rushing touchdowns in the league. The Chiefs combine that running game with a safe yet efficient offense. Kareem Hunt has been a monster this season and the Chiefs may or may not be the best team in the NFL.

5.)  Minnesota Vikings
The Vikings averaging 400 total yards of offense which is currently second best in the NFL. Only the Patriots and Vikings are averaging more than 400 yards of total offense. Stefon Diggs and Dalvin Cook have been tremendous and carrying this team. They have a balanced offense and has proven to be difficult to stop.

4.)  Tennessee Titans
Probably the best running offensive line in the league combined with two legit running backs. The Titans are averaging 28.7 points per game which is good for sixth best in the NFL. But this team's bread and butter are running the ball and they do it well. Currently, they have the second most rushing yards in the NFL with 469 rushing yards and quarterback Marcus Mariota knows how to take care of the football, especially in the red zone.

3.)  Detroit Lions
The Lions are literally an inch away from being 3-0 and a huge part of their great start has been the offense. They might not have a ton of yards but averaging the seventh most point a game in the NFL is pretty good considering the tough competition they have played through three weeks. The Lions have the best turnover ratio in the league of +6 and the ability to take care of the ball is why they are number three.

2.) Atlanta Falcons
The Falcons are 3-0 and are top five in total points(87), and total yards per game (388). They can beat you through the air and on the ground which makes them the most balanced offense in the league. They have last seasons MVP, Matt Ryan, two great running backs and arguably the best wide receiver in the NFL.

1.) New England Patriots
I think the Patriots almost have to be number one. Currently, they have scored the second most points in the NFL with 99 and are easily in the lead for most yards a game with 440. The Patriots lowest scoring game of the season was against the Chiefs and they scored 27 against them. The depth on offense with Tom Brady leading the pack make the Patriots the best offense in the NFL so far this season.

Yea I am sorry Green Bay Packers fans for not having them on this list but they are 10th in total offense and 14th in total points, sorry that isn't good enough to make the list. Also, it was hard not putting the Los Angeles Rams on this list since they currently have scored the most points in the NFL with 107. They just haven't played the best teams and that's why they didn't make the list.