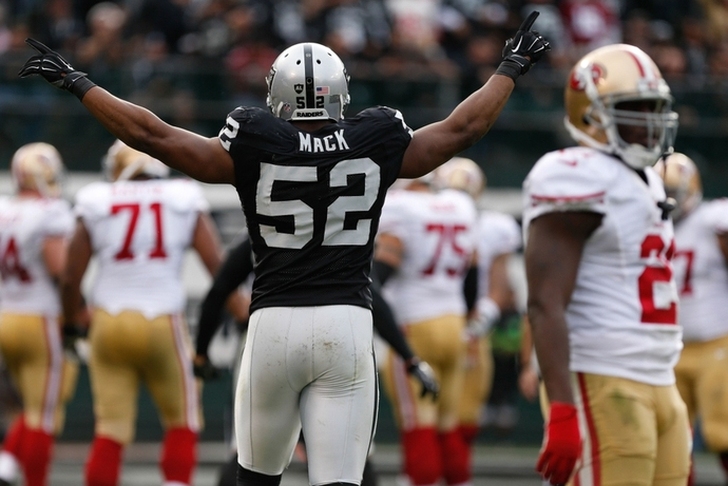 The Associated Press announced their 2015 NFL All-Pro team Friday, and history was made in the process. Oakland Raiders linebacker Khalil Mack was named to the All-Pro team at both linebacker and defensive end. It's the first time in history a player has made the AP All-Pro team at two positions.

"I do whatever I can to help the team win. I'm a team guy," Mack said. "Whether it's dropping in coverage or rushing the passer. I can do either. I think they (voters) saw that."

A total of 27 players were named to the All-Pro team, counting Mack as just one player. The NFC led the way with 15 players, with the AFC getting 12.

The full list of AP All-Pro members is below.