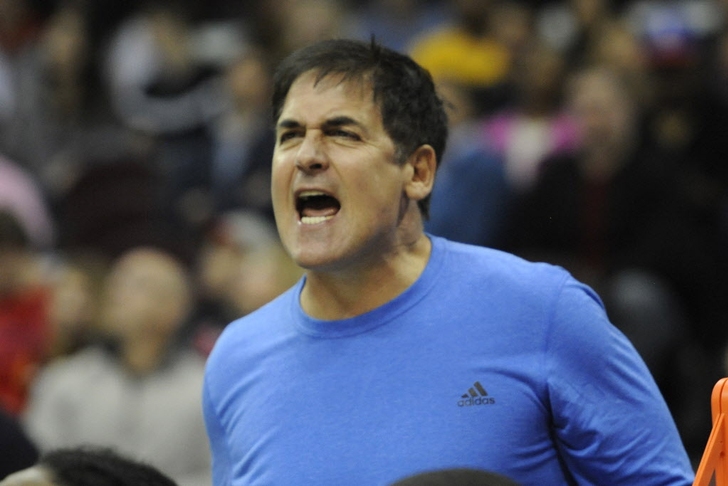 Outspoken Dallas Mavericks owner Mark Cuban wasn't shy when discussing the NFL in a pregame conversation before the Mavs took on Brooklyn Sunday.

“I think the NFL is 10 years away from an implosion. When pigs get fat, hogs get slaughtered. And they’re getting hoggy. When you try to take it too far, people turn the other way. I’m just telling you, when you got a good thing and you get greedy, it always, always, always, always, always turns against you.”

Cuban had been alluding to the NFL's new Thursday Night Football broadcast agreement, which will see Thursday games move from the NFL Network to CBS. With concerns that the NFL is moving into the NBA's turf, Cuban isn't thrilled about the move.

“They’re trying to take over every night of TV. And initially, it’ll be the biggest rating thing there is. Then, if they get Saturday, now they’re impacting college. And then if they go to Wednesday, at some point, people get sick of it.”

With the NFL constantly looking for ways to expand, there's definitely some basis for Cuban's feelings...but we doubt his concerns are shared by the vast majority of NFL fans. With just 16 games compared to the NBA's 82 (and a season that's a full three months shorter), the NFL has a way to go before it really moves in on the NBA's turf.