Why Do Bettors Still Believe In The Pittsburgh Steelers? 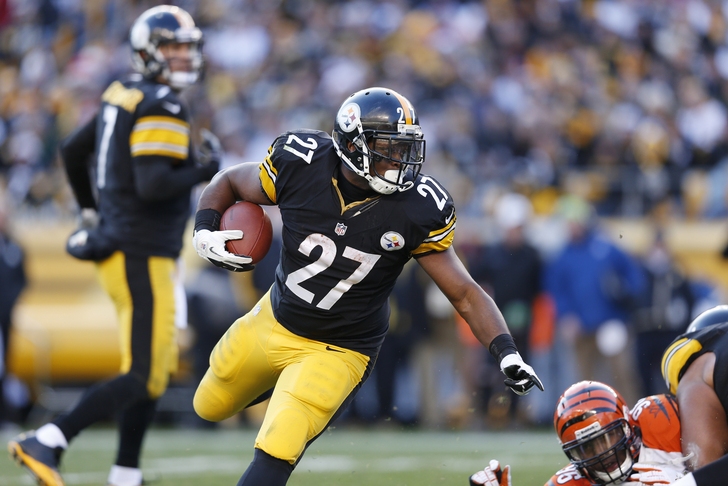 It seems evident that the Pittsburgh Steelers have serious problems. Since jumping out to a 27-3 lead on the Cleveland Browns in Week 1, the Steelers have been outscored 53-9—by division rivals no less, in the Browns and the Baltimore Ravens. After averting embarrassment against the Browns, the Steelers then turned in a clunker of performance in losing last Thursday in Baltimore, 26-6.

Yet it seems the betting market still has confidence in the Steelers—or at the very least, that bettors haven’t turned their back completely on Mike Tomlin and Ben Roethlisberger. Pittsburgh visits Carolina on Sunday night and is only a (+3) underdog.

Oddsmakers typically give the home team three points, so this line is telling us that the market—the combined wisdom of the linesmakers, and adjusted by where betting dollars flow—believes the Steelers and Panthers are essentially even teams. Yes, the same Carolina that went 12-4 last season and is off to a 2-0 start.

Where does this confidence come from? Some, undoubtedly comes from the fact that the Steelers are what Las Vegas calls a “public team.” They have a loyal fan base that extends nationwide, and that fan base bets their loyalties. Oddsmakers know they can shade the line a little—if they really believe the number should be Pittsburgh (+5), they can shave a couple points off, know it won’t stop Steeler fans from betting and get some money pouring in on Carolina to balance the books.

There’s also surely respect given to Tomlin’s coaching, and Roethlisberger’s toughness and clutch ability at quarterback. We share that respect, which is why, in spite of the problems that we’re about to delineate, it’s always a mistake to pile on this team without really thinking it through.

The fact the Steelers were able to win eight of their last twelve games a year ago and nearly steal a playoff berth speaks volumes to Tomlin’s ability to get the most out of marginal talent and to keep his men competing.

But make no mistake, the talent is marginal. Pittsburgh needed breakout years from their young offensive lineman, and so far, neither Marcus Gilbert nor David DeCastro has played well. The defense is a shell of what it once was. The front seven can be pushed around with impunity. Coverage on the corners is poor. Troy Polamulu’s skills are drastically diminished.

Perhaps it’s less surprising that Cleveland and Baltimore have moved the ball with ease, and more surprising that it took the Browns so long to get started and that the Ravens repeatedly bogged down in the red zone. It’s going to take all the savvy of Tomlin and defensive coordinator Dick Lebeau to coach their way out of this problem.

That’s what makes the Sunday Night game so intriguing, and from a handicapping standpoints, it’s not just on what the Steelers will do against the spread, but how their Over/Unders will play out. Thus far, oddsmakers have set the totals for Pittsburgh games fairly low--41.5 against Cleveland, 44 against Baltimore and now 41.5 again on Carolina, in a betting world where you can use 45 as a median point in NFL games.

It’s as though the oddsmakers either think the Steeler defenses of 2007-11 are about to reappear when they clearly aren’t. Or that they believe the putrid offensive display of Thursday night in Baltimore would be the norm. We can’t go that far—Le’Veon Bell has ran hard, while Markus Wheaton and Antonio Brown are playing well at receiver. How Pittsburgh plays on both sides of the balls will affect totals lines, and could point the way to some successful wagers using this angle.

If Pittsburgh fulfills the expectation of the market and plays Carolina to a virtual draw—even if they lose—the schedule sets up well for the Steelers in the coming weeks. They play Tampa Bay at home, have road games at Jacksonville and Cleveland, host Houston on Monday Night Football and then have Indianapolis coming to town, another team of whom we’re not quite sure what to make.

Is it unthinkable that the Steelers could be 5-3 after that stretch of games, and getting set to host Baltimore on another Sunday Night appearance? We’ll have a better idea after this week’s Sunday Night game in Carolina.

Jim Hurley has been a successful public handicapper since 1985, when he founded the Jim Hurley Network. Hurley brings a team approach to handicapping, consulting with statistical analysts, personnel experts and Vegas insiders to narrow the NFL and college cards down to the most bettable games each and every week. Visit him online at www.jimhurley.com.