Who's Going To Sign DeSean Jackson? The Leaders As Of Monday 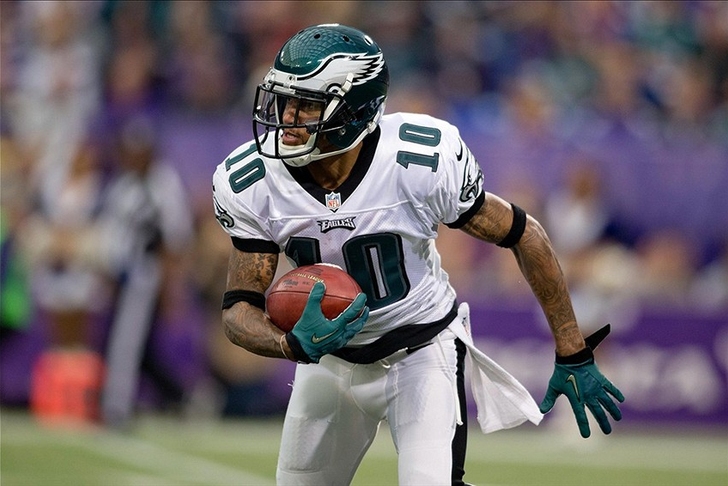 When DeSean Jackson was released by the Philadelphia Eagles last Friday, a number of teams around the NFL immediately reached out to his representatives to register interest. The 2013 Pro Bowler is currently being chased by quite a few teams - but who currently has the best chance of signing him.

No Longer In The Running

The Detroit Lions and the Cleveland Browns had registered some early interest, but neither is currently a contender for Jackson's signature. ESPN's Ed Werder confirmed early Monday morning that the Patriots, Packers and Saints are all out as well.

The Tampa Bay Buccaneers were one of the teams that supposedly reached out to Jackson's reps after he was released, but they've since fallen out of the running.

There are still a few teams that aren't believed to be frontrunners for Jackson, but could swoop in and get a deal done. The Seattle Seahawks and San Francisco 49ers both made inquiries back when Jackson was on the trading block, but only the Seahawks have enough remaining cap room to make a deal happen right away. Seattle already has Percy Harvin under contract at over $10M/year, though, so having another high-end receiver on the roster might be a luxury the Seattle management doesn't feel they need.

San Francisco would need to shuffle some money around elsewhere to be able to afford Jackson, and there's been no indication so far that they're willing to let anyone go just to make a run at the player.

The Carolina Panthers are also interested (HC Ron Rivera admitted as much), but don't have the cap room to make a deal work.

Jackson might be interested in a Kansas City reunion with former coach Andy Reid, but the Chiefs just don't have the money to make this work if there's a bigger deal on the table.

The Buffalo Bills have the cap room to get a deal done and a lack of depth at WR, but might find it tricky to convince Jackson (a California native) to pick Buffalo over a location in the AFC or NFC West.

The New York Jets are a very strong contender, and have the resources to make this happen. Owner Woody Johnson is a huge fan of Jackson's, and the Jets are probably one of the top three potential landing spots for the former Eagle.

Jackson is visiting the Washington Redskins Monday, and the team is believed to be ready to make an offer before he leaves town. Washington can't offer the same kind of stability as some of the other teams courting Jackson, so they'll have to hope that what he sees on his visit can convince him to stick around.

The Oakland Raiders are widely believed to be the frontrunner for Jackson's signature as of Monday afternoon. They can offer a lucrative deal, and also give Jackson the chance to play just a few miles from where he went to college.