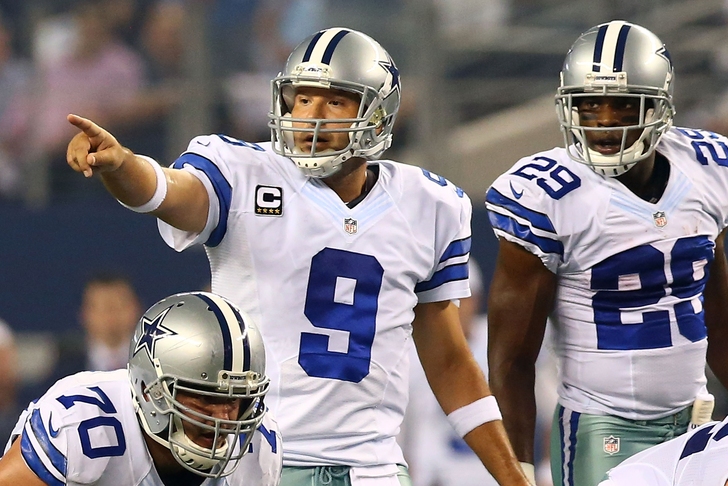 Who would've thought around the beginning of December I would expect Carolina to beat Arizona in a playoff game? The Panthers had only three wins entering the month, while the Cardinals were still very much atop the NFC. Now, the NFC South champs have won their last four games to sneak in the playoffs, while the Cards have lost four of their last six, and fallen from the conference's No. 1 overall seed and NFC West leader to the No. 5 spot and a wild card team who doesn't even get to play at home now.

I said it last week about the Carolina Panthers: Momentum is very important come playoff time... even if you were under .500 in the regular season. The Panthers have that on their side, along with a now-potent offensive attack. Barring a defensive showing for the ages by the Cardinals, Cam Newton should be able to lead Carolina to the divisional round.

You don't have to look very hard for the biggest factor in this matchup: Le'Veon Bell will not be in the Pittsburgh backfield when they host Baltimore in their rivalry-renewing wild card game Saturday night. It's a huge blow to the Steelers offense, as the AFC's leader in yards from scrimmage would've easily been the best player on the field for either team. The AFC North-champion Steelers ran Bell straight into the playoffs, as the all-pro running back averaged 167 total yards per game in the team's last six contests, leading Pittsburgh to a 5-1 record to close out the season. 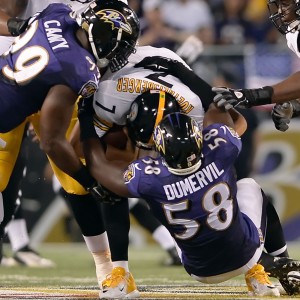 The AFC North rivals traded 20-point victories on their home fields in their two regular-season meetings this year. It took a historic six-touchdown performance from Ben Roethlisberger to top the Ravens in Pittsburgh's victory, though, and that's not likely to be duplicated. In fact, a high level of success for Roethlisberger will be tough to attain with no Bell coupled with the threat of the league's leading sack duo (Elvis Dumervil and Terrell Suggs) across the line. If Big Ben gets a chance to take advantage of the Ravens' patchwork secondary, watch out. But if Baltimore can run the efficient, playmaking offense that led to the team winning five of their last seven games, the defense should be able to do their part.

This is relatively simple for me: I need to see Andy Dalton win a playoff game before I actually pick him in postseason play. He's 0-3 in the playoffs, throwing just one touchdown and six interceptions. Head coach Marvin Lewis is still winless in the playoffs as well, sporting an 0-5 record. Rookie running back Jeremy Hill, who led the league in rushing average since week nine, could carry the offense Sunday against a suspect Indy run defense, but I trust Andrew Luck and company more.

Detroit got a huge piece of good news when they found out they'll have their defense's anchor, Ndamukong Suh, for Sunday's game. That's especially fortunate considering they have to deal with the NFL's leading rusher, Dallas's Demarco Murray. If the Lions can make this a defensive game, the advantage may be theirs. However, there's a good chance this game will become a shootout, and if that's the case, I'll take Tony Romo and the Dallas Cowboys in what should be an entertaining close to wild card weekend, which would earn them a trip to Lambeau Field in the divisional round.