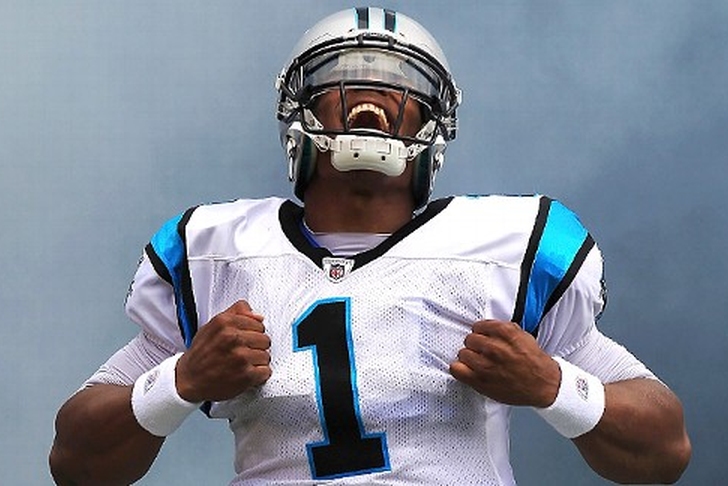 Thanks a lot, Robert Griffin III. All I needed was for you to play the entire game Sunday so your team would lose. But no... You couldn't help but hurt yourself and allow Kirk Cousins to come in and save the day, making the team better and costing me my pick, could you? You never fail to let me down, RG3...

Washington's quarterback switch, a 10-second run-off in Tampa Bay and a poorly officiated fourth quarter Monday night in Indianapolis kept me from double-digit wins this week. Let's see if I can get there in week three.

The Bucs were hard-luck losers last week when an injured player caused an automatic 10-second run-off, keeping them from attempting a game-winning field goal at the end of the fourth quarter. Things won't get any better this week either, as the Falcons are a tough team to beat in Atlanta.

While the Chargers opened many eyes when they beat the Seahawks in San Diego Sunday, there is no team more surprising or impressive so far than the 2-0 division-leading Buffalo Bills. This has the prospects of a competitive matchup, but when deciding between two closely-matched foes, never pick the team that has to travel from the West Coast to the East Coast.

Let's hope that after last week, for Tony Romo's sake, Dallas has found its winning formula: Give the ball to Demarco Murray, throw the ball to Dez Bryant, and don't mix in any interceptions. Do that against an inferior team and a W is yours this week.

Washington has to capitalize on the sudden momentum they established against the Jaguars, right? While the Eagles are 2-0, they had to overcome two 17-point halftime deficits to win. Sooner or later that type of luck is going to run out, especially since the Redskins defense seems better than any of Philly's previous opponents.

Another loss and the Giants will feel the effects of déjà vu, flashing back to last year's 0-6 start. Coming up short Sunday would put them halfway there, could likely cost Tom Coughlin his job, and may effectively end New York's season before we even reach October. Desperate teams tend to thrive, though, especially at home.

New Orleans might be the most impressive 0-2 team in recent memory, and should put a crooked number in the win column in their home opener. No Adrian Peterson for Minnesota makes the task that much harder on Sunday.

I don't think the Bengals are nearly as good as everyone else seems to think, but they're playing at home against a Tennessee team that, while competitive, shouldn't keep Cincinnati from improving to 3-0. Keep an eye on A.J. Green's injured toe, though.

This may end up being one of the most competitive games of the week, especially if Brian Hoyer doesn't turn the ball over for a third straight week. However, Baltimore has found their groove offensively last week against Pittsburgh, and that should be enough as long as the defense doesn't let Cleveland's rushing attack run wild.

Green Bay-Detroit matchups are always entertaining, but last week's polar-opposite performances from the two teams has me leaning towards the Packers on the road. The Lions should look much better than they did in Carolina last week, though.

One team we didn't expect to be 0-2 versus one team we... did expect to go 0-2. Indy has played stellar despite their two losses, and that exceptional play should lead to a win in Jacksonville this week.

The Patriots dispelled all nonsensical talk about the demise of the New England Patriots in last week's rout of the Vikings, and they shouldn't have too much of a problem at home against Oakland. Can we give Derek Carr some love, though? The Raiders' rookie quarterback has more passing yards, more touchdowns, a higher completion percentage and a higher quarterback rating so far this season than his opponent this weekend, Tom Brady.

I think Arizona is arguably better than San Francisco when healthy. That being said, the health of Carson Palmer and Andre Ellington are in question. Both will most likely play, but how effectively?

Let's hope this Super Bowl rematch is more competitive than when the two teams played on the big stage in February. The Seahawks' 43-8 embarrassment of the Broncos took place on a neutral field, so who knows what might happen in Seattle. Fool me once, shame on you. Fool me twice... well, that's not going to happen.

The last time Miami played at home, they made a statement against the Patriots. Plus, Kansas City is far from the beast that it appeared to be to begin last season. And if they do indeed lose Sunday, they'll go from being 3-0 to start 2013 to being 0-3 to start 2014.

Both Carolina and Pittsburgh played parts in games decided by double digits in week two: The Panthers shut down the Lions, while the Steelers were shut down by the Ravens. Cam Newton's squad is one of the early favorites for the NFC title, and the Steelers may find themselves at the bottom of their conference soon if Ben Roethlisberger doesn't start looking better than he did last week.

Chicago's offense put up 21 points in the fourth quarter Sunday night in San Francisco, but what may be more surprising is that their defense forced four turnovers in the win. A Bears defense that can do that is not good news for a Geno Smith-led offense. Rumor has it that the Jets defense is pretty good, too... so it should be a good game to close Week 3.