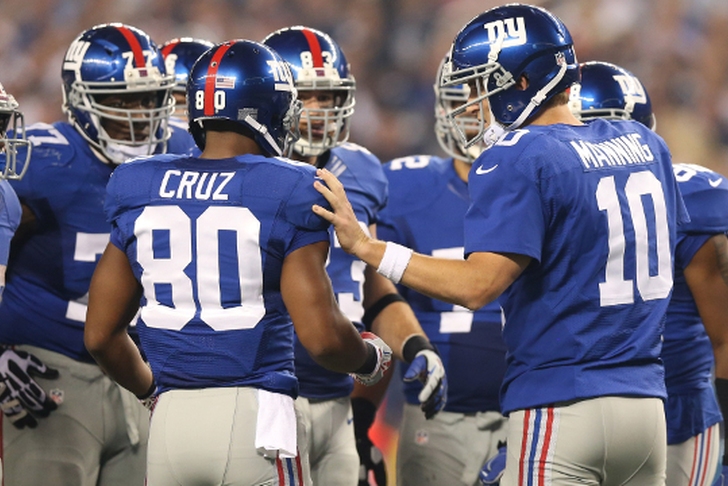 A 12-win week was my best of the year so far, and I owe a huge thank you to the Saints and Cowboys for their home overtime wins, the Patriots for showing up in a big way in their upset over the Bengals on Sunday Night Football, and the Browns for their historic comeback in Tennessee.

My three measly miscues came as a result of the Colts and Panthers pulling out close wins at home, as well as the Lions' kicker missing three field goals in a game decided by - you guessed it - three points. Detroit cut Alex Henery the day after his poor performance... one day too late. Let's hope kickers don't hold me back in week six.

We're going to use the honor system here: Extenuating circumstances led to me not being able to publish this column before Thursday night's game. This was, however, my analysis and prediction prior to kickoff.

Thursday nights have produced  extremely one-sided games so far this season, with the average margin of victory being 29 points. It's hard to imagine this game following suit, though, as both teams have too much to play for in this matchup. Indy's offense is running smooth as can be at this point, and while J.J. Watt is sure to be in Andrew Luck's face plenty, he just doesn't have enough help, on offense or defense, to get the job done this time.

In our first battle of the basement in the NFL this season, we see a team who's yet to win a game this year take on a club that hasn't won in a month. And the team who hasn't one in a month, the Titans? They'd lost three games by an average margin of 22 points before blowing the biggest regular season lead as a home team in NFL history last week against Cleveland. Before they squandered the lead, though, they did look rather impressive in accumulating it... at least better than Jacksonville's looked at any point this season.

Tampa Bay sure did look good in their near upset of the Saints in New Orleans last week, yet came up short in overtime. I've been saying for weeks that the Bucs are not the team that you saw in Atlanta on Thursday night a few weeks ago, and they're going to be competitive week in and week out. That being said, Baltimore has the better offense and defense, and I think they'll take care of business this week and not let a manageable win slip through their fingers.

If you thought Geno Smith got booed a lot last week, just wait until the Jets fall a touchdown or two behind Denver. There's a good chance we might see Michael Vick again this Sunday, but it shouldn't make too much of a difference, unless Rex Ryan can pull all of his defensive tricks out of his hat with supreme success.

Some would consider this an upset, but while Detroit has looked impressive in certain games, they've also looked inconsistent in others. It doesn't help when your kicker misses three field goals either, as I mentioned before. Teddy Bridgewater should play Sunday, and Minnesota's running game, headed by Matt Asiata and Jerick McKinnon, is playing surprisingly stout in the absence of Adrian Peterson (who it doesn't look like we'll be seeing for a while, by the way).

New England's stellar showing against Cincinnati Sunday night silenced a lot of critics, as Tom Brady and the Patriots offense resembled the machine that it's been for the past decade. However, Buffalo, the beneficiary of Detroit's field-goal fiasco last week, enters Sunday's game with the same record as the Pats. The Bills defense should hang tough with the home crowd behind them, but expect New England to take back sole possession of first place in the AFC South after this one.

Carolina looks like it could be returning to form after its solid win against Chicago last week. Not only is Cincinnati coming off of a poor primetime showing in New England, but A.J. Green is sidelined with his ailing toe. That alone is enough for me to give the edge to the Panthers.

It's almost as if Cleveland is more comfortable coming from behind this season. I mentioned their historic comeback on the road last week, one that nearly mirrors another comeback that came up just short in Pittsburgh back in week one. They won't come up short this week in the Dog Pound.

What's better than Aaron Rodgers at quarterback? How about Aaron Rodgers in warm weather. The conditions in Miami are prime for a great showing from Mr. Discount Double-check.

In my biggest upset pick of the week, you have quarterback Derek Carr expected to return from injury and a team coming off a bye week playing a division rival at home. San Diego has to lose another game sooner or later, and they may be looking past Oakland this week. Carr can't turn the ball over, though, and the Raiders running game needs to have a good day.

It's hard to pick against Atlanta at home, since that's when the Jekyll half of this Jekyll & Hyde team comes out. But Chicago's a good road team, and I like their multi-faceted offense inside the dome. The NFC North is much more competitive to this point than the NFC South, so the Bears can't afford to fall to 2-3.

Dallas is living up to my expectations so far this year, as the Cowboys are perhaps one bad half in week one away from being 5-0. I'm not sure they're quite ready to take on the challenge of beating the Seahawks in Seattle, though. DeMarco Murray's on an early pace to break Eric Dickerson's single-season rushing record, but Seattle's defense allows just 2.6 yards per attempt.

Arizona played the Broncos much closer in their first loss of the season than the score leads you to believe, and they return home to face an inferior Washington team. The Redskins did play better than many expected them to Monday night against the Seahawks, but it's hard to imagine Kirk Cousins picking the Cardinals defense apart.

Philadelphia has scored touchdowns in seven different possible ways through five weeks of the season, but it's hard to bank on your defense and special teams bailing your offense out and putting points on the board. Meanwhile, the Giants have quietly won three straight games by an average of 18 points. If Big Blue plays like it's been in the past three weeks or so, they should win a close division game on the road.

This is a game that St. Louis has the potential to win, especially at home with a defense that has the ability to shut down an opponent. San Francisco has played wildly inconsistent this season, but it's hard to favor the Rams with a backup quarterback and running back Zac Stacy underperforming.