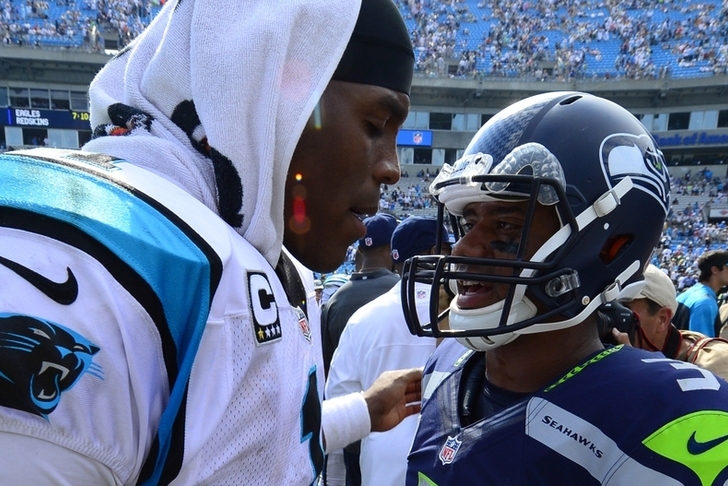 There are no sure things this week. There are no foregone conclusions. There will be no upsets or surprises. There's only one thing: fantastic matchups. And that's why the NFL's divisional round of the playoffs is perhaps the best weekend in football.

Tom Brady started out his playoff career an astounding 10-0, including three Super Bowl victories. Since then? Tom Terrific is 8-8 with zero Lombardi trophies. The idea that Brady is an unstoppable force in the postseason has long since faded away, but New England is still the No. 1 seed in the AFC, and is the conference's favorite to reach the Super Bowl.

Enter Joe Flacco and the Baltimore Ravens. The Ravens have beaten the Patriots in two of their last three meeting in the postseason, all at Gillette Stadium in Foxboro. In fact, Baltimore was one dropped Lee Evans touchdown pass and one Billy Cundiff shanked field goal away from going three for three in those games at New England. Flacco and the Ravens are 7-2 in the playoffs since 2010, with the Super Bowl MVP quarterback throwing 20 touchdowns to just three interceptions in those games.

While another Brady-Flacco playoff showdown will be fun to watch, the Baltimore front seven on defense will be the key to Saturday afternoon's game. If they can make the New England offense a one-dimensional attack and stifle the run game, as they did to perfection in last week's win over the Steelers, the pass rush can dial up pressure on Brady and force him to be inconsistent. But if the Patriots running game gets off to a good start, and that threat is there for Brady to utilize, things should be academic for the Pats. Bottom line: If the Ravens play like they played wild card weekend, they will beat the Patriots Saturday.

Just think: There are those prepared to argue that a team who finished the regular season with a sub-.500 record could go to Seattle and beat the defending Super Bowl champions coming off a bye. What's even more surprising? That argument is a legitimate case to make.

Who would've thought that the Greg Hardy-less Carolina Panthers that was once five games below .500 would win the division, make the playoffs and... win a playoff game? Cam Newton's healthy and playing quality football, Jonathan Stewart has given Carolina a viable running game and the defense is again playing like one of the league's best. The Panthers have played the Seahawks tough in recent years, coming up short in three straight meetings by an average margin of less than five points.

However, how are the Panthers going to react when the Seahawks defense stifle their running game? A lot of adjustments would need to be made, and I don't know about you, but I don't think I want to take Cam Newton over the Legion of Boom, even with Kelvin Benjamin and Greg Olsen on his side. Especially when Russell Wilson and Marshawn Lynch are on the other sideline and the best home-field advantage is in 67,000 seats.

My hometown team is playing this weekend, and the Dallas-Green Bay matchup is still the game I'm looking forward to watching the most. 8-0 on the road traveling to take on 8-0 at home? Perhaps the top two candidates for league MVP going head to head? The Cowboys versus the Packers? Sign me up.

I've been saying since the beginning of November the Green Bay Packers are the best team in the NFC, but what's the biggest reason for that? The best quarterback based on pure skill in the NFL and frontrunner for this year's MVP, Aaron Rodgers. But this partial tear in his calf has me worried. I've also been a huge Dallas Cowboys supporter this year, and they may very well be the second best team in the conference. This game was almost as close as it could get for me before news of Rodgers's lingering injury. Now, with his play possibly compromised, it's difficult to not give the Cowboys the edge.

I'm making this pick with the belief that Rodgers will be able to play Sunday almost to the full extent of his ability with minimal limitations. If that's not the case, though, and his injury legitimately hampers his play, the Cowboys will be going to the NFC Championship Game. Even if Rodgers does play like he's 100 percent, Dallas has a decent shot to get it done still. Nevertheless, I'm going to say that if Rodgers plays to at least nearly the best of his ability, the Packers will take Sunday's contest at Lambeau in what has the potential to be the best playoff game we've seen in years. 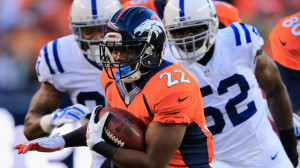 Indianapolis definitely has the potential to go into Denver and come out with a win and a ticket to the AFC Championship game, but that would require a game to remember from Andrew Luck and a mistake or two from Peyton Manning. The first of those two variables isn't out of the realm of possibility, but even with Manning's inconsistent playoff history, the latter of the two may not be so easy to force.

Sunday's matchup will be the game where the Colts finally start to really miss Ahmad Bradshaw. He gave Indy one of the most versatile offenses in the NFL. While Daniel Herron hasn't done a bad job stepping in, that versatility isn't there nearly to the degree it was with Bradshaw. That doesn't bode well against a stout Broncos defense. And what makes Peyton Manning his absolute best? A complementary running game. C.J. Anderson has provided that, and the Colts' poor rush defense could very easily be their downfall Sunday.