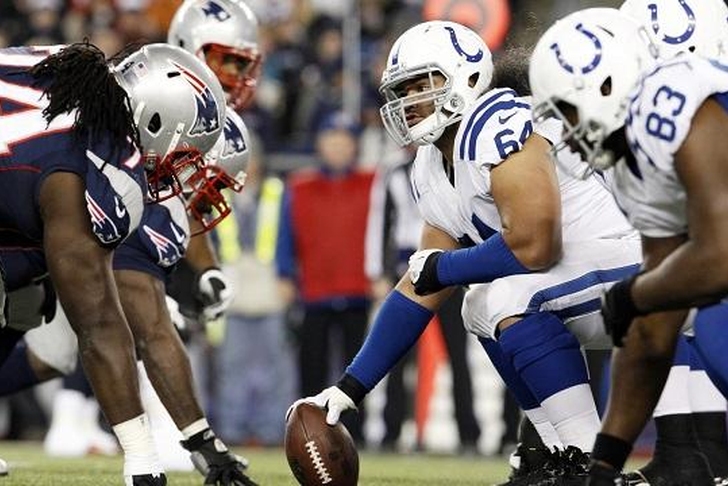 How poetic? The NFC matchup that kicked off the NFL season will be the last NFC matchup of the season. Same teams. Same place. A LOT more on the line. 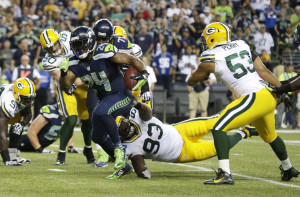 You can't simply look at the week-one result between the Green Bay Packers and the Seattle Seahawks and assume the same is going to happen in the NFC Championship Game. Yes, Seattle is still Seattle. Their home-field advantage is still the best in the league. And their defense? It doesn't get much better than giving up just 8 points per game in their last seven games.

However, this Green Bay team is playing head and shoulders better than their performance on the season's opening night. Their MVP quarterback says his calf is feeling better than it did last week, which is great news for the Lambeau faithful. But even if he wasn't feeling better than he did last week, all he did seven days ago was throw for 316 yards and three touchdowns to beat the Dallas Cowboys in the divisional round - a team who beat the Seahawks in Seattle this season, by the way...

And on a quick aside, to keep it short and sweet: Last week? If you go by the rules, that was NOT a catch.

Back to the task at hand, it's a daunting one to say the least for Rodgers and the Packers. The Seahawks are 25-2 at CenturyLink Field since Russell Wilson took his position under center three years ago, and this squad seems determined to return back to the Super Bowl and defend their title.

Back before the season started (although I did not publish this anywhere), these two teams were my picks to face off in the NFC Championship Game. To follow the popular sports analyst's cliche, I have to stick with who I favored in that original prediction. I have to go with the best quarterback in the NFL today, who had the best season of any player in the league, to have a gutsy performance and pull what almost anyone would consider an upset. Even for Aaron Rodgers.

Well what do you know? The New England Patriots are in another AFC Championship Game. The real question is how did we not see this coming? Four years, four consecutive conference championship appearances for Brady, Belichick and company. Almost as impressive as that streak is their performance in their 35-31 divisional round win over the Baltimore Ravens. Tom Brady had to overcome a slow start and rally from two separate 14-point deficits in a game where he broke Joe Montana's record for career postseason passing touchdowns.

Traveling to Foxboro will be the Indianapolis Colts, who have met New England in the AFC Championship Game two of the last 11 years. Andrew Luck earned his spot in the first conference championship of his pro career by beating the quarterback who led Indy to those two previous meetings with the Pats... Little did we know said quarterback had a partially torn quad. Needless to say Peyton Manning playing on a bad wheel put the Denver Broncos at a distinct disadvantage against a quality Colts offense and a defense who played like they, well, want to go to the Super Bowl. 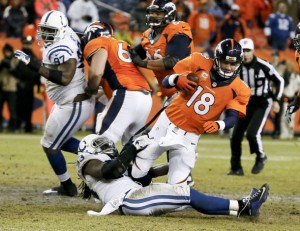 I'm more than tempted to fall into the emotional trap and say this is where Andrew Luck begins his legacy and steps into the upper echelon of quarterbacks by making a run to the Super Bowl. Let's face it... That's the much more intriguing storyline heading to the big game in Arizona, compared to the tired tale of the Patriots advancing to the Super Bowl we're all too used to hearing.

Nevertheless, the good ole head-over-heart mentality says to go with the proven entity. And not only are the Patriots that in the playoffs, but they've also handled the Luck-led Colts fairly handily since the third-year starter took over the reins in Indy. In those matchups the Pats have always been able to establish a significant running game, and given this year's Colts squad's sub-par rush defense, it's hard to not expect more of the same. 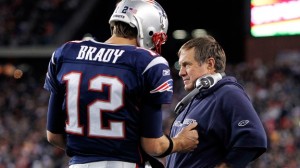 Good luck to Andrew; I'll be rooting for you. But you've got to give the red and blue devil its due, as this would be New England's sixth trip to the Super Bowl under Belichick and Brady's leadership. Whether you love them or hate them, that's something you have to respect. They'll be chasing ring number four with a win Sunday, and one piece of good news for them is, no matter who wins the NFC's spot, the New York Giants won't be waiting for the Pats when they get there.

A Rodgers vs. Brady Super Bowl? I'm in.