What City Is The Super Bowl Played At? 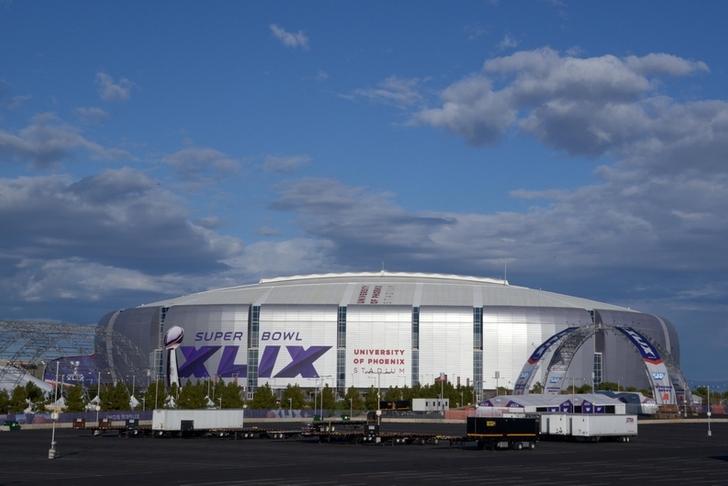 Super Bowl XLIX between the Seattle Seahawks and New England Patriots will kick off at 6:30 p.m. ET on Sunday, February 1, and is televised by NBC.

The game is being held at the University of Phoenix Stadium in Glendale, Arizona, home of the Arizona Cardinals.