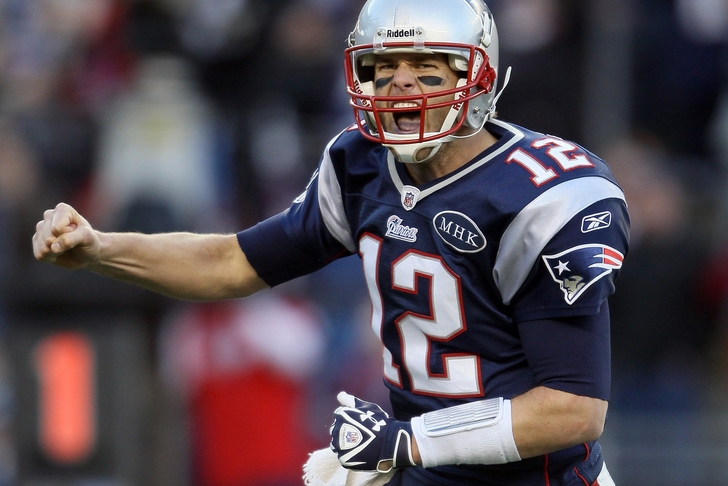 After a bad Week 5, our experts showed improvement in Week 6. While Tom and Zac were slightly below .500, Al and Brian had impressive efforts. Al went 9-4-1 and Brian flipped the script en route to a surprising 10-3-1.

Anyway, it's time for the actual picks. All lines are courtesy of VegasInsider.com as of Wednesday, Oct. 15.

Only Zac thinks the Jets will be able to cover against Touchdown Tom and the Patriots. The line opened at -8.5, but has gone up to -9.5. UPDATE: Tom has to take laps.

All of our experts, save for Tom, are picking the Colts and Andrew Luck. Tom picked the Bengals, but he's not super-confident in the selection.

Everyone thinks the Titans will at least cover. A few of us were surprised the Redskins were favored by so much.

Zac is the only one who thinks the Dolphins can cover against Da Bears.

Brian and Tom think the Jaguars will manage at least a cover. Al and Zac are backing the Brownies.

No Harvin, no problem for the Seahawks, according to our experts.

Brian and Tom think the Panthers will cover only. Al and Zac trust the Packers.

All of experts except Tom think the Falcons can at least cover.

We're split on this game. Al and Zac are circling the bandwagons, while Tom and Brian are rolling with the Vikings.

Only Al thinks the Saints will at least be able to cover.

Zac thinks the Chargers win, but the Chiefs cover. He's the lone dissenter. This line opened at -6 in favor of the Super Chargers.

Brian thinks the Giants cover, but the Cowboys win. Everyone else is picking Dallas. The line opened at -3 in favor of Dallas, but has gone all the way up to -6 as of Friday.

Our pickers are all over the Cardinals.

Tom and Zac both think the Broncos will win, but the 49ers will squeak out a cover.