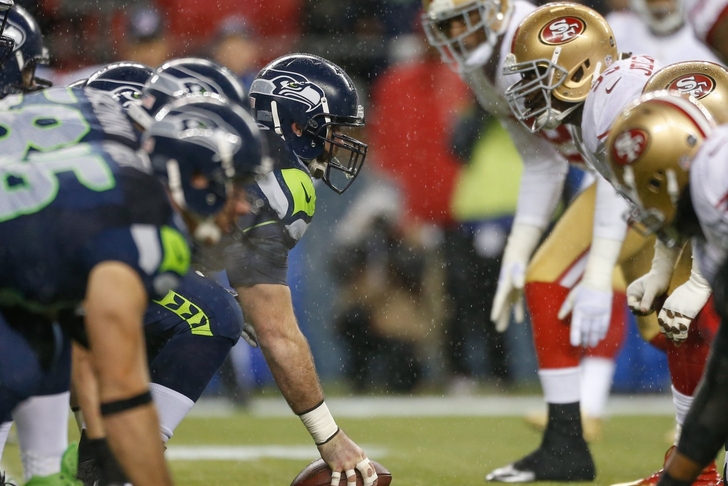 With week 13 in the books we can finally move forward toward some sanity. A week that saw our group go a combined 25-35, with plenty of games where only one of us picked the winner. Not to mention, the two games that we were all incorrect about (Texans covered the spread against Belicheck and the boys, along with Adrian Peterson torching the Bears defense to blank us on that one as well.) Week 14 can only get better for us at Chat Sports and hopefully deepen your pockets considerably.

It's time once again for Al, Derick, Justin and Tom to get out of those ice baths they're in after taking such a bruising last week, and put their necks out once again for their weekly picks against the spread.

(All lines courtesy of vegasinsider.com as of Wednesday, 12/4).

The Texans (2-10) have been one of the most disappointing teams in the NFL this season. Case Keenum has been a bit of an unexpected bright spot but has yet to come away with his first win. The Jaguars are riding a two game winning streak and have won three of their last four. One of those being a win over the Texans just two weeks ago.

New starting quarterback Matt McGloin is set to start once again this week as Terell Pryor is not yet healthy enough to return. The Raiders will need to establish the run game against the Jets to win this game, something that is not an easy task.

The Colts have beaten two of the better teams in the NFL this season, handing the Seahawks their only loss and the Broncos their first loss. Since then, this team has been hard to read. Getting blown out by both the Cardinals and Rams along with barely beating the Texans and the Titans. The spread may be a little large in this one but you have to go with the team who is used to the cold weather.

The spread for this game is the second largest of the week. Jason Campbell has been cleared to practice and may be able to give it a go this week. Even if Brandon Weeden is forced to start another game the Patriots haven't been exactly blowing people out this year. They have only beat anyone by more than seven points twice this season, with seven of their nine wins being decided by four or less points.

Four picks for the Saints from our experts. How can we do this with the Panthers riding an eight-game winning streak? Easy, the Saints are 6-0 at home and will use their crowd to rattle "Cam and the crew" in what could be the game of the week.

Two teams hard-pressed for a win, this game will game down to one thing. The pass. Eagles defense ranks last in the NFL against the pass while the Lions offense ranks second in the NFL in passing yards per game. End of story.

Richie Incognito. Johnathan Martin. Joe Philbin. Jeff Ireland. Oh, sorry I thought that was the only storyline surrounding the Dolphins. In all seriousness, the Steelers are starting to play better football and have won three of their last four and just barely lost to the Ravens on Thanksgiving.

A bit shocking that all four experts selected a team that went without a win over the first eight weeks of the season. They then won three in a row before hitting a buzz saw against Carolina. The Bills are no buzz saw and the Buccaneers should come away with this one.

Lets face it, the Chiefs have lost three in a row and have lost a bit of that swagger that they have carried this season. Lets also face the fact that the Redskins are 3-9 and haven't looked like last season's team all year long. This is a perfect bounce back game for a Chiefs team that needs to get some confidence back.

The Baltimore Ravens are ranked thirtieth in the league in rushing yards with only 81.1 yards per game with the Vikings coming in at twenty-third in the league against the run giving up 120.6 yards per game. But this game will be won by the Ravens defense and should be an easy win if they can slow down Adrian Peterson.

Weather report for Denver Sunday is 20 degrees with a 30 percent chance of snow. Take that as you will, but Peyton Manning does not like the cold. However, if the gusts of the wind stay down enough Manning should be able to steer the Broncos to a victory, just a big spread to cover. John Fox is also returning to coach this weekend.

The Arizona Cardinals are coming off a disappointing loss to the Eagles last week after winning four in a row. They look to get back on the winning track this week against the St. Louis Rams. Two good defenses with suspect offenses, I like the under as well.

The New Yorks Giants have to make the long travel from the east to the west coast. A trip that is never good for the east coast teams, but the Giants have won five of their last six games and if they want to keep any shot of the postseason alive they need a win.

Hard for me to go against the San Francisco 49ers but you can't overlook the fact that at this point the Seattle Seahawks team may just be a better overall team. Getting three points for the team with the NFL's best record seems like insanity.

Most likely due to the unsettled nature of Aaron Rodger's status for the game this game is not being bet on. Rare occasion but it does happen. They got to protect their money when they can.

Tony Romo and the Dallas Cowboys travel to Soldier Field on a cold Monday night. The Cowboys are coming off a win on Thanksgiving and look to make it three wins in a row this week. The extra rest time will benefit the Cowboys at this point in the season where any advantage is a big one.