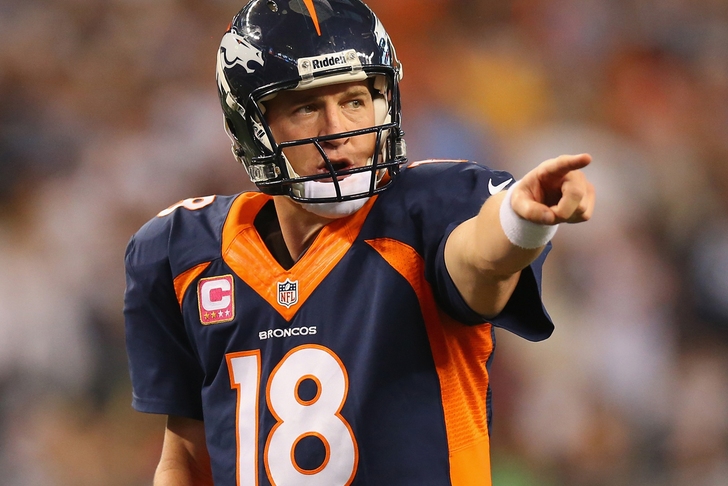 It was another strange week in the NFL, with several upsets and a game even getting delayed for almost two hours.

But there is always another week and fortunes can change on any given Sunday. Or Thursday. Or Monday.

Anyway, on to this week’s picks from four of Chat Sports’ football addicts. (All lines are courtesy of Vegasinsider.com as of Wednesday, 11/20.)

Entering Week 12 last season, the Saints were 5-5 and the Falcons were 9-1. What a difference a year makes. Our experts are split on this game, with Al and Justin thinking the Falcons can find just enough of that 2012 level of play to at least cover the spread.

Both of these teams are battling to stay in the playoff picture, despite holding 4-6 records. Our panel is split between the Ryan Fitzpatrick-led Titans and a Raiders team that will start Matt McGloin.

Much like the Tennessee-Oakland game, this is matchup of 4-6 teams looking to hang around in the playoff hunt. Justin and Derick are going with the hot hand of Ben Roethlisberger as the Steelers travel to the ‘Factory of Sadness.' (Minor NSFW language)

The majority of our experts see the Lions bouncing back from a tough loss to the Steelers with a comfortable win over the Buccaneers.

Everyone except Justin thinks the Aaron Rodgers-less Packers will beat a two-win Vikings squad at home and cover the spread. Expect to see heavy doses of Adrian Peterson and Eddie Lacy.

Our experts all think the Chiefs rebound from a Sunday night loss to Denver with a win over the Chargers and cover a spread that appears too low. The Chiefs have yet to lose a game at home this season.

In a battle of backup QBs, Josh McCown gets the advantage over Kellen Clemens. This spread seems a little low, although the Rams do get the benefit of coming off a bye week. We have our second consensus so far, but that wasn’t a good thing last week: Our experts went 1-3-2 in consensus games.

Coming off a controversial win, no one on our panel expects the Panthers to come out flat against the Dolphins. The Panthers have one of the best front sevens in the NFL, while the Dolphins offensive line is depleted.

Everyone picked the Jets last week and now everyone except Derick is picking the Ravens. Geno Smith will get the start against the Ravens, despite an eight completion and three interception performance against the Bills last week that got him benched. The Jets are good shape for a playoff berth though, as they are currently sitting in the No. 6 seed, ahead of the Dolphins.

Houston we have a problem. Excluding their only win, the Jaguars have lost all of their games by at least 13 points, but the majority of our experts think the Jaguars can at least cover. That’s how bad it is in Houston.

Which Colts team will show up? The one that defeated the Seahawks and Denver or the one that got blown out by the Rams and nearly lost to the Titans and Texans? It’s a split decision in one of just two games this week that features teams that both have winning records.

Jason Pierre-Paul may be confident in his squad, but we aren’t. Maybe once the Giants beat a starting QB that is healthy, we’ll feel the way JPP does. Until then, a Dallas squad that is missing Sean Lee, but is getting three points, is the pick for everyone except Derick.

Manning-Brady XIV is the clear Game of the Week. Brady holds a 9-4 record over Manning, as well as two more Super Bowl victories. But now Manning has Wes Welker, who is battling a concussion and might miss the game. Our panel is split on the pick, but we are in agreement that it should be a great contest.

None of our experts have any confidence in the Redskins. San Fran is the consensus pick over the worst team in the NFL’s worst divison.

Derick: Can the Detroit Lions Win the NFC North?